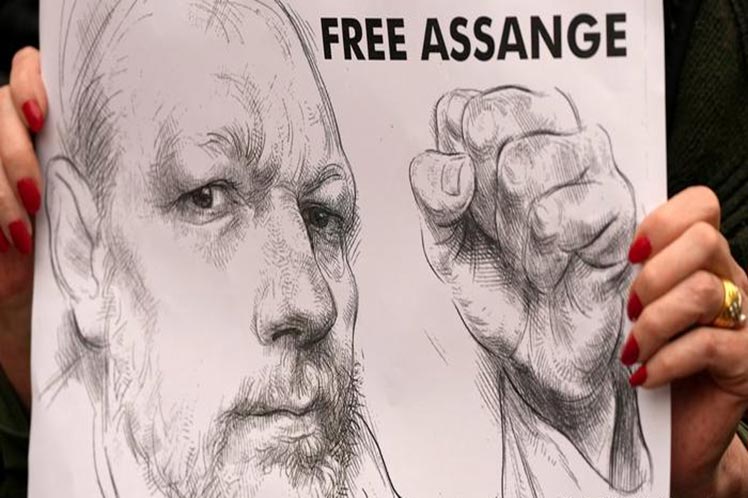 As lawyer Edward Fitzgerald explained on the second and last day of the appeal hearing at the London Courthouse, District Judge Vanessa Baraitser made the right decision when she mentioned the suicide risk to reject the request of the US prosecutor’s office.

Judge Baraitser was not wrong, she acted in full compliance with current law, the lawyer said, alluding to the fact that the current agreement between the United Kingdom and the United States establishes that the extradition of a person can be prevented if based on his mental or physical health status it is considered that the decision may be oppressive or unfair.

This Wednesday, representatives of the US Department of Justice questioned the seriousness of Assange’s mental state, and assured that the judge was fooled by the assessment made by a defense psychiatrist, who warned that Assange could threaten his life if he was incarcerated in the United States.

Fitzgerald also rejected on Thursday the promises made by the US prosecutor’s office that the activist would not be confined in a maximum security prison or subjected to special confinement measures that are applied to dangerous criminals and terrorists, and that he could even serve his sentence in Australia.

The evidence they presented at the time indicated that it is very likely that such measures will be applied, since they never said that it was impossible for them to do so, the defense attorney added.

The United States intends to prosecute the founder of WikiLeaks for exposing war crimes, committed by the US military in Iraq and Afghanistan, and thousands of diplomatic reports on his digital portal.

If the extradition request is successful, Assange could be sentenced to 175 years in prison, based on 17 criminal charges against him, which are related to alleged violations of US espionage law.

Unlike yesterday, when he intermittently attended the oral hearing remotely from the London prison where he has been held since April 2019, the activist was not seen on camera by journalists following the trial online.

After the hearing is over, the higher court judges will have four to six weeks to render their verdict, and the losing party is expected to appeal the ruling to the UK Supreme Court.

As on the first day of the trial, hundreds of Assange supporters gathered outside the court to demand his release.