Foreign Ministers of Russia and Venezuela to meet in Moscow 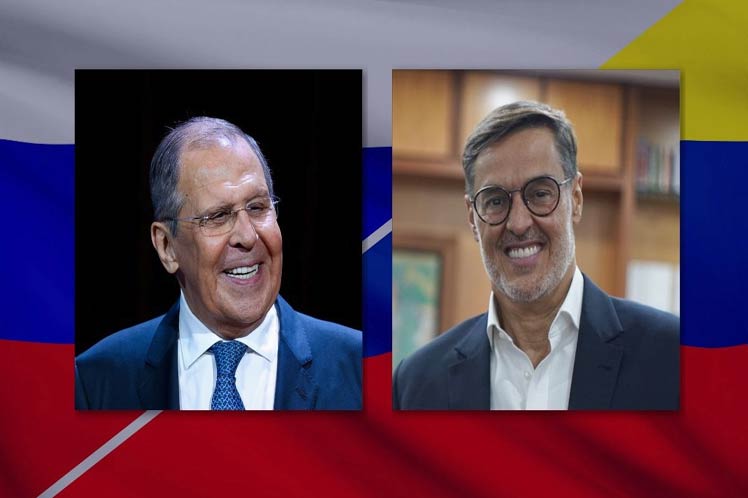 Foreign Ministers of Russia and Venezuela to meet in Moscow

The spokeswoman stressed to the press that this is Plasencia’s first official visit since his appointment, and reported that both officials will discuss a wide range of issues on the bilateral agenda, including the fight with Covid-19.

The governments of Russia and Venezuela have launched an important commercial offensive and incentive to joint cooperation, aware of the wide opportunities that exist and their low usage.

The 15th High-Level Intergovernmental Commission took place in Moscow on October 14th and 15th, two days of intense negotiations in which representatives of both parties pledged to expand economic alliances.

Nine memorandums of understanding, related to the areas of energy development, info-communications, tourism and sports, were signed.

At the head of the Venezuelan delegation was the Minister of Industries and National Production, Jorge Arreaza, while on the Russian side was Deputy Prime Minister Yuri Borisov, who stressed that Venezuela constitutes a strategic and trusted partner in Latin America.

Borisov reiterated the rejection of the West’s unilateral coercive measures against Venezuela, which slow down its social and economic progress, and highlighted the importance of the anti-blockade law approved by Venezuela, which allows the protection of foreign businessmen and their investments.

For his part, Arreaza recalled that comprehensive cooperation with Russia has been consolidated uninterruptedly since 2002, and pointed out that in these years of attacks and restrictive measures by the United States and its allies against his country, Moscow not only raised its voice to denounce and reject the attacks, but instead strengthened the collaboration with Caracas through cooperation agreements that cover the energy, industrial, transportation, technical-military, agricultural, health, education, finance and trade fields.