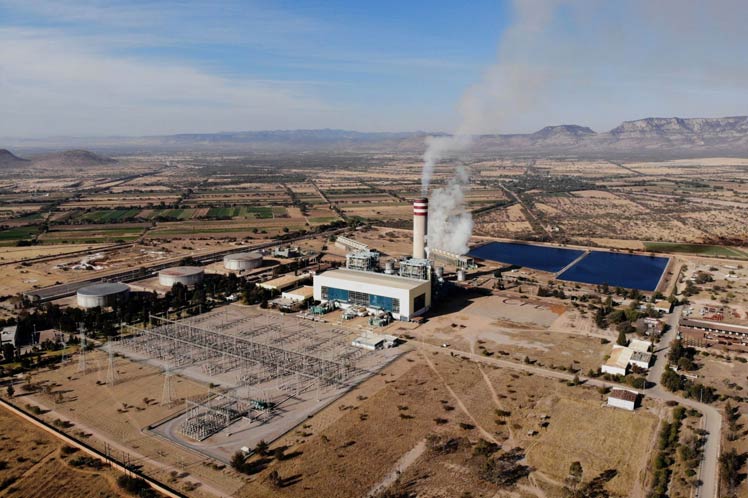 In the press conference from Yucatán, the president referred to a strong campaign by transnational companies and the support of parties like ‘Acción Nacional’ (National Action) and others from the opposition to block the success of the initiative, lingering for months in Congress.

The discussion is stuck because opposition benches, aligned with transnationals, mainly Spanish Iberdrola and several from the United States, try to impose modifications to the reform to distort its content, according to observers.

What bugs them the most is the government’s decision that the Federal Electricity Commission (CFE) cease to be a State company to become an official government regulatory body in the sector, and, in addition, that it will control the share package with 56 percent of the national market and only the remaining to private ones.

Likewise, it will put caps on profits to avoid current exaggerations considered by the government as a huge plunder of the nation’s resources.

López Obrador revealed that he sent a letter to US President Joe Biden to explain his position in the fight he is leading along with John Kerry to reduce greenhouse gas emissions and help face the problem of global warming.

And the battle is related to the electricity reform because, he said, we are making commitments to produce clean energy, but especially from hydroelectric plants that already exist in the country in good quantity, and we just have to modernize them without large investments.

He expressed ironically that the campaign against the electricity reform does not sound logical but metallic, to money, and the concern, he pointed out, is not from the United States, but from those companies, newspapers and politicians who defend and pay them.

They see their enormous profits threatened, the overwhelming looting is ending, that is why they do not like the reform, and they know we are not going to raise the prices nor are they going to get juicy multimillion-dollar subsidies, he said.

In Spain, he added, there are serious problems with the great increase in prices because private companies are in charge, not the State.

He expressed that the aberration of these companies’ owners is such and so irrational, that ‘these corrupt people come to say in a lying way that the production of hydroelectric energy is harmful and dirty, when it is the cheapest and cleanest, because it is generated with pure water’.

However, so far not all plants can be used because they give preference to private ones; energy from foreign companies such as Iberdrola comes first and then little they leave to the State, this is the trap, and they oppose it when we want to put order to that disorder for the good of the people, he concluded.