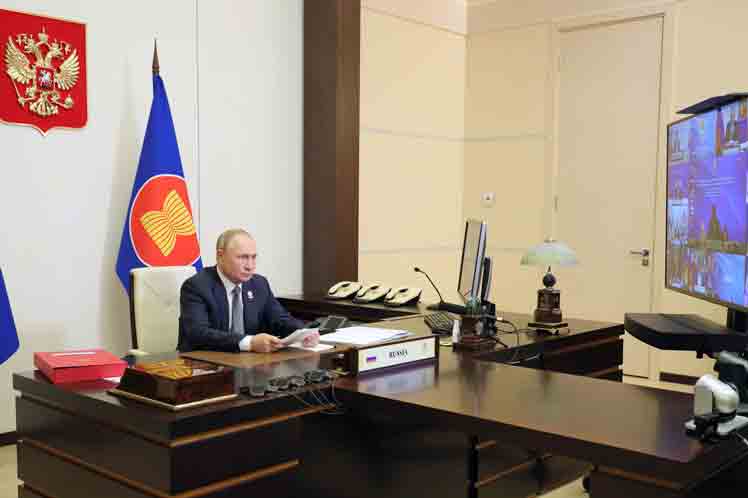 Speaking at the beginning of an online summit between Russia and the member nations of the group, the President highlighted the celebration of the 30th anniversary of the establishment of official relations between Moscow and ASEAN.

‘These relations, as recorded in the Joint Declaration adopted at the Russia-ASEAN Summit in Singapore in 2018, are truly strategic in nature,’ he said, as quoted by the official Kremlin website.

Putin drew attention to the practical cooperation that has taken place over all these years and the agreements reached in the political, economic, social, security and humanitarian spheres, among others, and stressed that beyond the solid relations between governments, it is important to foster links between business, public and academic circles in Russia and the ASEAN countries.

The head of state stressed that the positions of Russia and the member countries of ASEAN on key global and regional issues are similar in many respects.

The results of the summit will be fixed in a series of documents adopted by the dignitaries of the participants, including a comprehensive action plan for the implementation of the Russia-ASEAN strategic partnership in the 2021-2025 period.