Argentine president to travel to Rome to G20 Summit 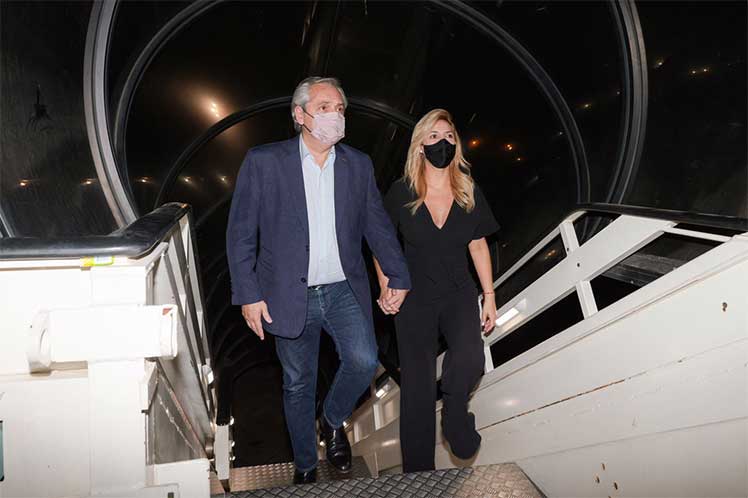 Argentine president to travel to Rome to G20 Summit

According to an official press release, the president was accompanied by several of his ministers, including Minister of Foreign Affairs Santiago Cafiero and Minister of Economy Martin Guzman, as well as advisors.

The agenda of his activities in Italy will begin on Saturday at La Nuvola Convention Center, where participants in the G20 summit will be welcomed and, after the traditional official photo, the first plenary session will start, under the Global Economy and Global Health issue.

In addition, Saturday, he will meet with the managing director of the International Monetary Fund, Kristalina Georgieva, and they are expected to discuss the achievements to reach a deal on the pending debt with that organization.

Besides, Fernandez will participate in the welcome ceremony given by President of the Council of Ministers of Italy, Mario Draghi and in another meeting with Italian President Sergio Mattarella.

On Sunday, he will hold several meetings, including those with Queen Maxima of the Netherlands; the Director General of the World Health Organization, Tedros Adhanom Ghebreyesus; and Canadian Prime Minister Justin Trudeau. On the same day he will travel to the city of Glasgow, for the COP 26 Summit.

There, he has on his agenda to meet up with his counterpart from Costa Rica, Carlos Alvarado, and with Guy Parmelin from the Swiss Confederation.

President Fernandez will participatee in the plenary session to be held next Tuesday, and will return to the country that same evening.

President Diaz-Canel: Cuba will resist the US economic blockade

Cuba’s president thanks scientists for their contribution

Europarliament about to elect its new president

President Diaz-Canel: Cuba will resist the US economic blockade

Cuba’s president thanks scientists for their contribution

Europarliament about to elect its new president