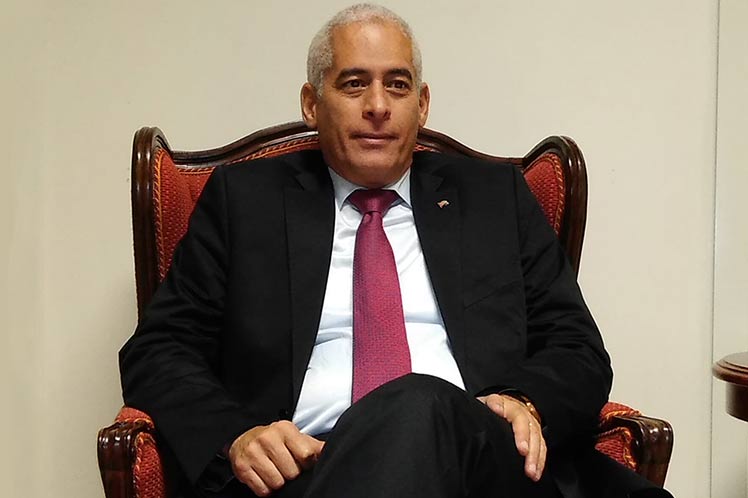 The meeting organized by the Ministry of Foreign Affairs and International Cooperation (Maeci) and the Italian-Latin American Institute (IILA) was attended by 17 foreign ministers and 10 deputy ministers from the same number of countries.

‘People, Planet and Prosperity. Future of an old partnership’, was the central theme of the meeting focused on the recovery from the devastating impact of the Covid-19 pandemic, linked to the efforts to achieve the Sustainable Development Goals of the United Nations 2030 Agenda.

In a dialogue with Prensa Latina, Peñalver pointed out that ‘we came to reaffirm our willingness to work together with the other Latin American and Caribbean countries and with Italy’ which, in his opinion, was achieved.

The President of the Republic, Sergio Mattarella, the Chancellor, Luigi Di Maio, and the Deputy Minister of Maeci, Marina Sereni, all referred to the importance of these ties.

We can say that Italy has become a driving force of the links with Latin America and the Caribbean, and especially with Cuba, said the Cuban diplomat who explained that during his stay he held bilateral talks with the Foreign Ministry, the IILA and both chambers of parliament.

The vice-chancellor also spoke with the presidents of the Foreign Affairs Commissions of the Senate, Vito Petrocelli, and the Chamber of Deputies, Piero Fasino, as well as with representatives of the Community of Sant’Egidio.

It was an intense program that fulfilled our expectations and confirmed that the relations between Italy and Cuba continue improving, despite the limitations caused by the pandemic, he pointed out.

I believe that Italy also has the opportunity to play a relevant role as president of the G20 and co-president of the COP26 (Conference of the Parties to the UN Framework Convention on Climate Change) to favorably influence the success of the climate change negotiations, he said.

Italy now has the opportunity to lead these processes, which are of enormous impact and significance not only for Cuba and the European Union, but for humanity as a whole, and we wish Italian diplomacy every success in this great challenge, he stressed.