Bolivia and Peru Commit to Integration and Development 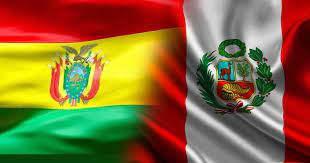 Bolivia and Peru Commit to Integration and Development

The event will conclude this Saturday with the meeting between the Peruvian presidents, Pedro Castillo, and the Bolivian, Luis Arce.

The Vice Minister of Institutional and Consular Management, Eva Chuquimia, said in an interview offered to Red Patria Nueva that on this day the final reports of the four central aspects contained in the bilateral agenda will be reviewed.

These are environment and transboundary water resources; security and defense; economic development, social policies and institutional strengthening; infrastructure for integration and development.

Chuquimia reported that the Peruvian delegation is made up of more than 50 members of the Castillo government, who will arrive in Bolivia on the morning of October 30.

The security and defense point has five tables distributed in cooperation in the fight against illicit drug trafficking and money laundering.

To this is added the collaboration in matters of security, defense, disaster risk management and judicial.

The third axis has a table that will focus its analysis on economic development.

The infrastructure for integration and development has five working groups that include energy integration, customs, border and telecommunications.

In the two-day meeting, the signing of a declaration and political and diplomatic agreements at the highest level, as well as treaties and agreements, is expected, according to the media.