Covid-19 cases in Cuba have dropped from 800 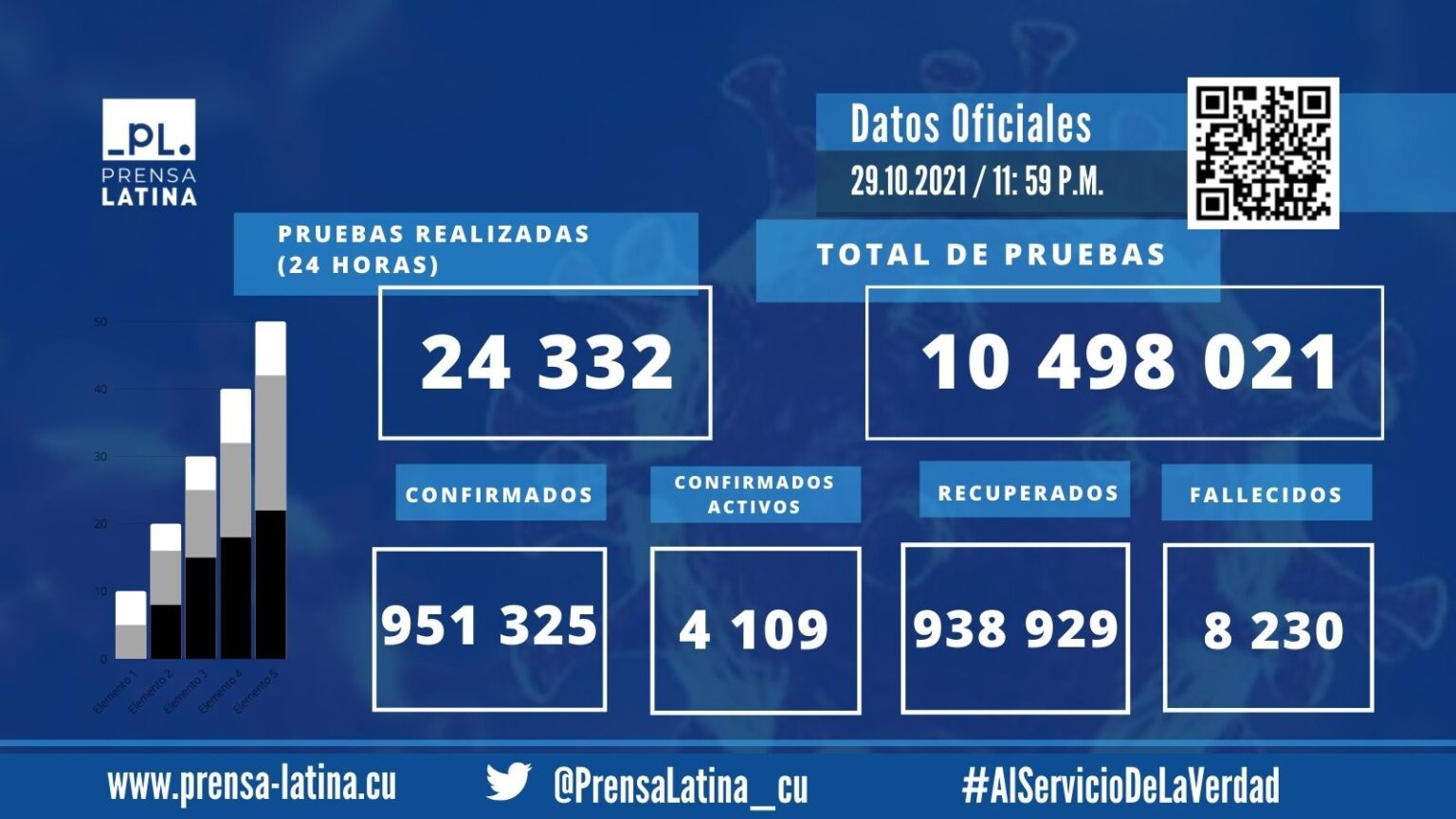 Covid-19 cases in Cuba have dropped from 800

At his daily briefing on television, National Director of Epidemiology at the Ministry of Public Health, Dr. Francisco Duran, mourned the death of seven people, which brings the death toll to 8,230.

Since the outbreak of the pandemic in the country on March 11, 2020, Cuba has reported 951,325 cases with the SARS-CoV-2 coronavirus, which causes this disease; the average number of daily cases has dropped to 4,109, that is, 269 less than on Friday.

The number of cases in the 15 Cuban provinces has also dropped, and only two of them reported more than 100 ones: the eastern provinces of Camagüey (142) and Holguin (105), but with lower incidence rates than previous days, Dr. Duran said.

Some 12,398 people remain in hospitals, 6,555 of whom are suspected Covid-19 cases; 734 are under epidemiological surveillance and 4,109 are active cases, 269 less than on Friday, that is, the lowest number in over a month, Dr. Duran added.

Some 1,974 people were medically discharged in the past few hours, so the total number of recoveries rose to 938,929, a recovery rate of 98.4%. However, 105 patients remain in intensive care units, 39 in a critical state and 66 in a serious one.