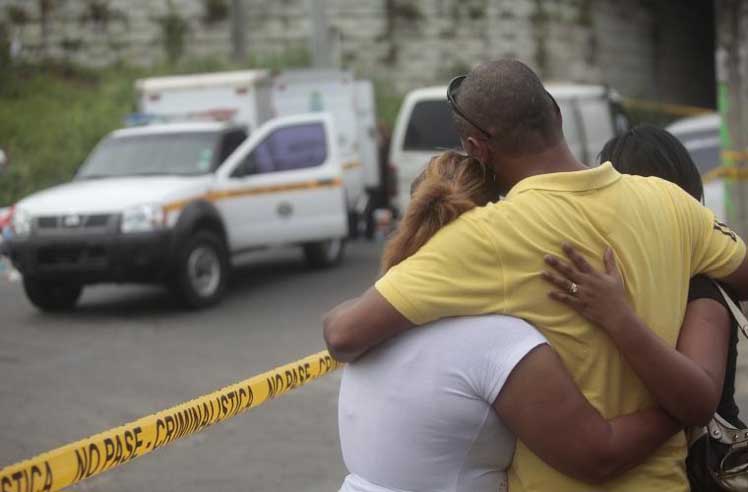 The latest episode of increasing insecurity occurred last Thursday night in a nightclub located in the Casco Antiguo of the capital, IN which five people were killed and another seven wounded.

On that same day the number of deaths from shootings rose to nine with another case of multiple murder in the suburb of Kuna Nega, which are unrelated to each other, said police officials, in addition, there were earlier two other settling of scores in the middle of public roads with at least one fatality.

Rafael Baloyes, senior prosecutor of Homicides and Feminicides, explained that the incident at the night center began when a person opened fire against four individuals (who died) inside the premises and their companions responded with gunshots and shot the shooter.

Of the dead, three were identified as members of the gangster group Los Galacticos, said Baloyes, who did not identify the assailant’s gang, but assured that it was a planned hitman-style crime.

“This act was committed between gang groups. While it is true and we regret the death of these people, some of them are already linked to previous crimes or had been injured by firearm, knife or had served a sentence in the La Joya Penitentiary Center,” Police Chief John Dornheim reported.

In the opinion of sociologist Roberto Pinock, the increased violence, occurring in daylight in public and crowded areas, are “clear indications” of the advance of “big organized crime” and the difficulties of the State to confront them, he told the newspaper.