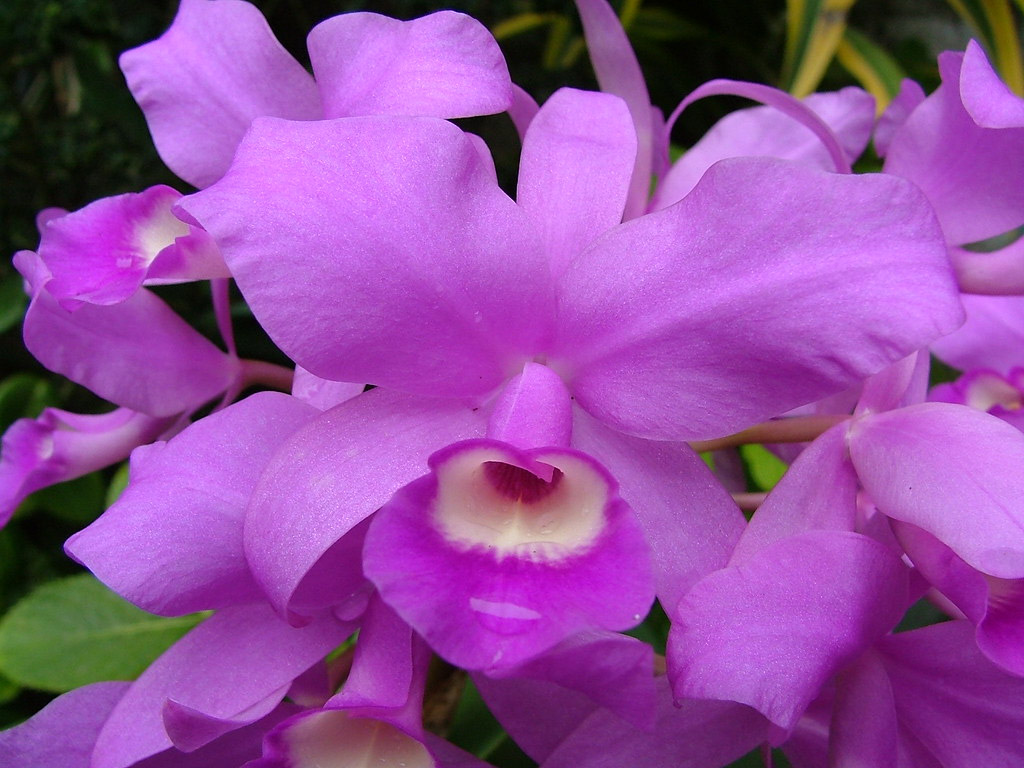 As a curious detail, and almost always by chance, it reached such recognition in a process that began on March 12, 1936, when the Parks and Gardens Division in La Plata Municipality in Argentina, sent a letter to the Costa Rican consul general to know what that symbol was in his country. The question responded to the objective of building the Peace Garden, in which the nations would be represented by their flower.

As there was no such flower until that time, history says that professor José Marfa Orozco, head of the National Agriculture Center’s Botany Section, brought to a vote the decision in 1937 in which not only professionals and horticulturists participated, but also high school and university students.

Few were surprised that the purple ‘guaria’ was the chosen one –its scientific name is Guarianthe skinneri, to honor the person who discovered it-, since even indigenous peoples and the first colonizers liked it very much. Experts say that indigenous women liked to decorate their hair with it.

As American as the promoters of the voting wished, this orchid, one of the 1,500 species existing in Costa Rica –it’s more planted and abundant-, it was found in Guatemala, but belongs to all Central America, and is also be seen in Venezuela and Colombia.

The root “gua”, coming from aboriginal languages, means tree, and is related to its characteristic of growing on other plants, while its surname comes from its red purple color, that goes from deep purpose to pink.

It blossoms in March and is widely used to beautifully decorate altars during religious celebrations, the same that occurs in Guatemala, where it’s called ‘flor de Candelaria’ or ‘flor de San Sebastián’.

Due to all that, under the León Cortés Castro presidency, on June 15, 1939 it was declared the national flower, and on November 24, 1972, during the José Figueres Ferrer administration, the second week of March was established as the Week of the Costa Rican Orchid.

For the country’s most common citizen the purple ‘guaria’ is a symbol of faith, the favorite Lent flower, the heraldic Holly Week flower; closely linked to Costa Rican traditions and folklore, it is taken care of and protected for future generations.

The beautiful orchid was also immortalized on one of the most beautiful bills issued in Costa Rica -the old five colons.

Costa Rica is under green alert due to heavy rains

Costa Rica is under green alert due to heavy rains