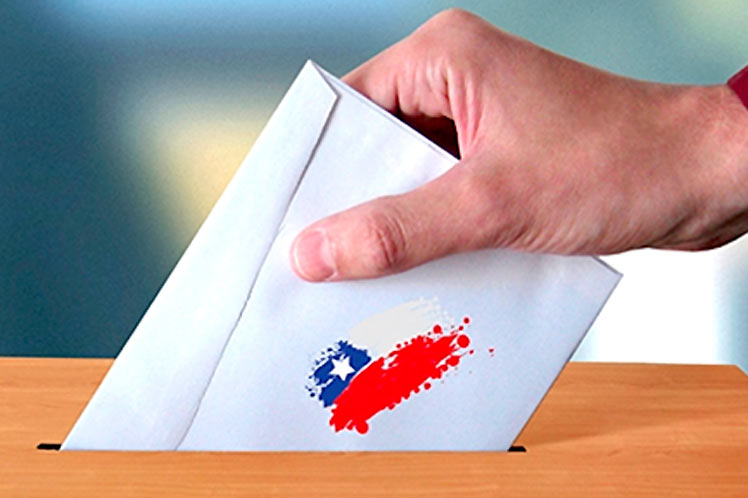 Gabriel Boric, of the left-wing coalition Apruebo Dignidad, and ultra-right-winger José Antonio Kast are so far the candidates for the Moneda presidential palace with the highest voting intentions.

Boric, 35 years old, is a law graduate from the University of Chile and deputy for the 28th district of the Magallanes and Chilean Antarctica Region.

He was one of the leaders of the 2011 student mobilizations, considered among the largest since the return to democracy and after the 2019 social outburst he participated in the signing of the Agreement for Social Peace and the New Constitution, which began the process to eliminate the magna carta in force since the Augusto Pinochet dictatorship (1973-1990).

Kast, 55 years old and of German descent, is a lawyer and politician of the Republican Party -and previously of the Independent Democratic Union- who was already running for the presidency in 2017. A neoliberal model defender, he resolutely opposed to changing the Constitution and announced the possibility of working so that rejection wins in the final plebiscite on the new fundamental law.

Close to Brazilian President Jair Bolsonaro and former US President Donald Trump, he has been controversial for his plans to dig a ditch on the border to prevent the passage of migrants, similar to the US wall on the border with Mexico.

Boric’s policy on this issue, on the other hand, has an approach based on the ratification and monitoring of international agreements and cooperation between the Chilean state and the countries from which migrants and refugees come.

Meanwhile, Kast has made the fight against terrorism the center of his campaign and in that sense his idea is to strengthen the police and send the military to Araucanía, a southern region where there is a historical claim of the Mapuche people for the right to their ancestral lands.

For the left-wing candidate, militarization is a bad way and his government program foresees to promote a dialogue in order to deal with the interests of the indigenous communities.

Also participating in the dispute for the Chilean presidency are Yasna Provoste, of the center-left coalition New Social Pact; Sebastián Sichel, of the pro-government Chile Podemos Más; Marco Enríquez-Ominami, of the Progressive Party; Eduardo Artés, from the Patriotic Union, and economist Franco Parisi, from the People’s Party.

So far, opinion polls agree that no candidate will obtain 50 percent plus one of the votes to win in the first round and in a second round on December 19 Boric would prevail, but for this adding the support of the center-left leadership is important.

34,000 military, police officer to be deployed in Chile´s elections

34,000 military, police officer to be deployed in Chile´s elections