Russia calls to face climate change in a comprehensive manner 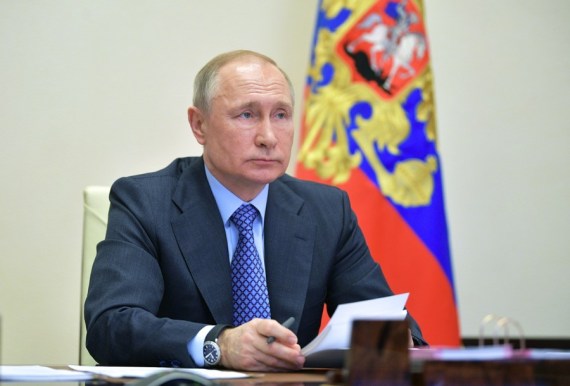 Russia calls to face climate change in a comprehensive manner

On speaking by videoconference on the last day of the G20 Summit in Rome, the president deemed that in the implementation of environmental initiatives, the group must be a leader in the formation of uniform, fair and transparent rules for climate regulation.

“Those rules must be based on mutually recognized accounting and monitoring models for greenhouse gas emissions and removals,” he noted.

Putin expressed Russia’s interest in developing long-term plans with the rest of the countries, their implementation in the energy sector prioritizes the principles of technological neutrality, objectively taking into account the carbon footprint of different types of generation.

In that regard, the head of State provided as an example the carbon footprint of solar energy is four times greater than that of nuclear energy, according to scientific data.

“It is important to focus the efforts of the world community, first of all, towards supporting the most effective environmental projects,” he indicated.

According to the leader, experts could rank those projects taking into account their level of performance in terms of reducing the amount of greenhouse gases in the atmosphere per dollar invested.

He explained that Russia, like other countries, suffers from the consequences of global warming.

“We face desertification, soil erosion, we are especially concerned about the melting of permafrost (frozen soil of very cold regions or glaciers that retain greenhouse gases), which represents a significant part of our territory,” he said.

The president warned that the average annual temperature of Russia is growing faster than the global one, over 2.5 times. For 10 years, it increased by almost half a degree and in the Arctic, the rate of warming is even higher, he underscored.

In view of such situation, he emphasized that the country is implementing a policy to reduce net greenhouse gas emissions, with measures to improve the energy efficiency of the economy, modernization of the electricity industry and reduction of gas emissions associated with oil production.

According to expert estimates, Russia is one of the leaders in global decarbonization; low-carbon energy is developing at a good pace in the country, he assured.

“Over the past 20 years, the carbon intensity of our economy decreased by an average of 2.7 percent annually, and this is more than in the world as a whole,” the head of State clarified.

He highlighted that in Russia at the moment the share of energy from practically carbon-free sources exceeds 40 percent, “and taking into account natural gas, the fuel with the lowest carbon content among hydrocarbons, this share is 86 percent.”

Putin noted that the country will implement a new program to improve the energy efficiency of the economy until 2035, which will become an important element in achieving the goal of ensuring carbon neutrality by 2060 at the latest.