General elections in Nicaragua draw near 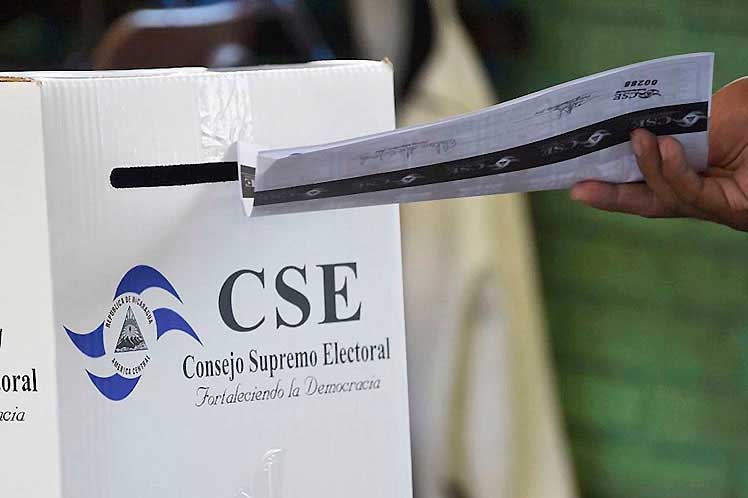 General elections in Nicaragua draw near

Daniel Ortega, representative of the Sandinista National Liberation Front (FSLN), will seek his fifth term, the fourth in a row since his victory in 2006 and the second one along with his wife, Vice President Rosario Murillo, against five opposing formations.

Due to the current sanitary conditions, the campaign, scheduled to last until November 3rd, is taking place mainly on digital media, and the inauguration of the elected officials will take place in January and February 2022.

The FSLN will present the well-known formula of Ortega and Murillo, with very good social economic indicators in more than 14 years of administration such as free education and health; extension of the coverage of electricity and drinking water to almost 100 percent of society; delivery and construction of housing and urbanized lots, among others.

For its part, the Constitutional Liberal Party (PLC), the second political force in the country, accumulates in its contemporary partisan history the election of two presidents: Arnoldo Aleman and Enrique Bolaños, and presents, on this occasion. Its current candidates are National Assembly deputy Walter Espinoza and Mayra Argüello.

Camino Cristiano Nicaragüense, or Nicaraguan Christian Path, founded in 1995 and an ally of the FSLN in the 2011 and 2016 elections, nominated evangelist pastor and Parlacen deputy, Guillermo Orozco, linked to politics for more than two decades, and Violeta Martínez de Moncada.

Finally, the Alliance for the Republic Party (APRE), constituted in 2004 and holder of 1.4 percent of the votes in the last elections, presents lawyer Gerson Gutiérrez, master in Criminal and Procedural Law at the Ibero-American Institute of Higher Studies, and Claudia María Romero, as a candidate for vice president.