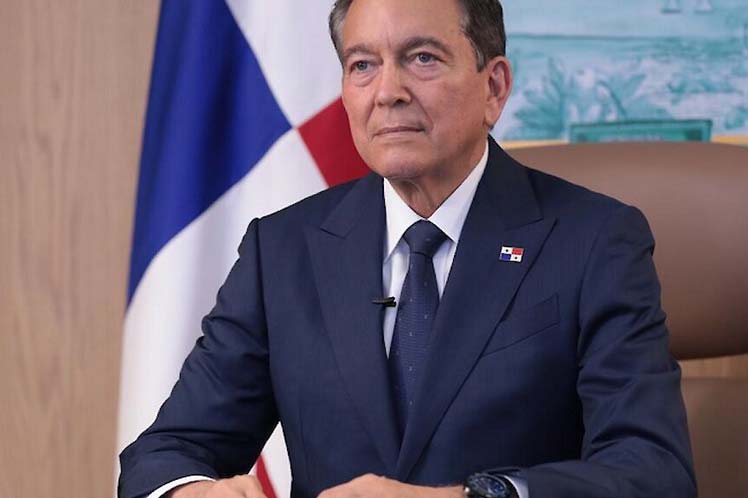 In his speech before the plenary session of the United Nations Conference on Climate Change (COP26) meeting in Glasgow, Scotland, the president assured that of the 100 million dollars committed in 2015, Panama has not yet received anything, despite complying with strategies outlined.

“Today we are here once again talking about funds destined to reward countries that do well. I wonder, what concrete response this summit is going to give to countries like ours that do not just stick to words and speeches, but rather carry out concrete actions”, he claimed.

Panama along with Suriname and Bhutan are the only ones in the world that managed to be carbon negative with real strategies and “that is what mother earth needs from developed countries”, Cortizo said.

“Many world leaders at this summit have shared their plans to be carbon neutral, some in 2030, others in 2050, and we in Panama have already managed to be carbon negative, that is, forests in Panama absorb more carbon than that we give off as a country”, he added.

He highlighted the need and importance of achieving a short-term agenda at this climate event to provide nations with, in order to achieve the necessary sustainability in their contribution to the planet. “Either we act now or we are heading for more disasters”, he said.

In his speech, the president offered details about other goals achieved at international level in environmental matters, among which getting the category of World Blue Leader for the care of seas that surround the national territory.

By 2050, Panamanian authorities plan to reforest 50 thousand hectares of land, which will contribute to the absorption of approximately 2.6 million tons of carbon dioxide (CO2).

They are also working on creating a market for carbon pricing through the national ‘Reduce your Carbon Footprint’ program, which will make it easier for green recovery and achieving carbon neutrality by 2050, among other actions.

Earlier, the president gave a lecture on Panama: The entrance to Latin America, at the Canning House, the main forum in the United Kingdom dedicated to the discussion of social, political and economic issues in the region.

In the opinion of the Panamanian Foreign Ministry, this meeting is part of the Government’s strategies to make the country’s advantages visible to the main leaders of Latin America and Iberia and attract foreign investment that translates into economic reactivation and job creation.

The delegation accompanying Cortizo at COP26 is made up of Foreign Minister Erika Mouynes, Minister of Environment Milciades Concepción and Ambassador of Panama in the United Kingdom, Natalia Royo.

Panama speeds up vaccination against Covid-19

Panama speeds up vaccination against Covid-19