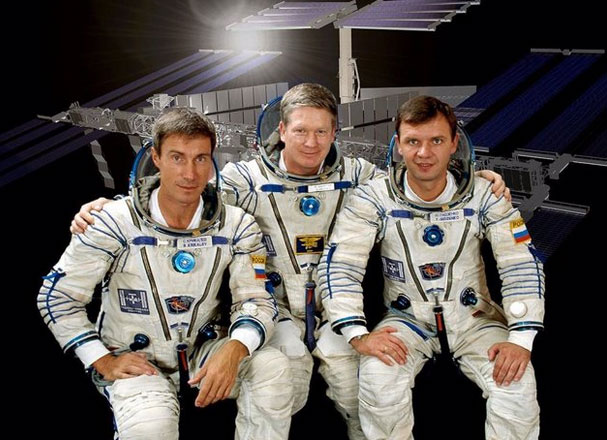 Consisting of a US commander and two Russian crew members, the expedition began when the crew docked to the station aboard Russian Soyuz TM-31 spacecraft, which had departed two days earlier.

On the ship was Commander William Shepherd who had already been in space three times before on ferry missions lasting up to a week.

He was accompanied by Russians Yuri Guidzenko and Sergei Krikalyov, both with long-term spaceflight experience; Krikaliov had already spent about a full year in space.

During the 136 days of the mission, the Expedition One crew activated various systems at the station, unpacked equipment that had been dispatched, and housed three ferry crews and two Russian Progress unmanned refueling vehicles.

At the time, ISS consisted only of three modules, today it is a research complex as big as a football field 400 kilometers from Earth.

An international crew of six currently lives and works at the station as it travels at a speed of eight kilometers per second, orbiting the planet every 90 minutes.

During more than two decades, about 240 people from 19 countries have visited ISS and some 230 spacewalks have been carried out for its assembly, maintenance and improvements.

More than three thousand experiments related to biology, biotechnology, Earth science, physical science and more have been carried out from 108 different countries.

Studies are also focused on examining innovative technologies such as the recycling of waste plastics and the filtration of carbon dioxide, both critical steps for long-duration missions to the lunar surface.