US plays all its cards against Cuba and Venezuela 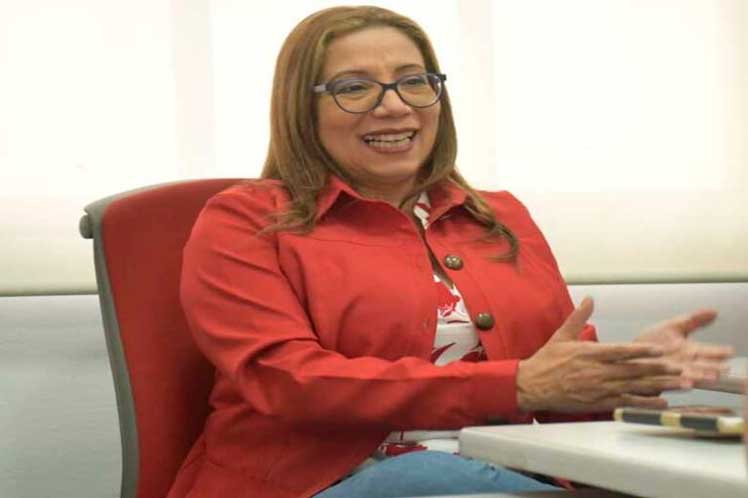 US plays all its cards against Cuba and Venezuela

In exclusive statements to Prensa Latina, the journalist noted that after so many years of frustrated attempts to overthrow both countries, Washington is betting on a media war for which it makes use of new technologies by manipulating the reality or preparing alleged leaders.

Referring to what is currently happening in Cuba with the calls for marches and violence on the streets, Diaz, who is a legislator to the National Assembly, compared the strategies implemented by the White House in Cuba with the actions in Venezuela in 2017.

If one analyzes well the calls on July 11 and the one on November 15 in Cuba, they are the same script -she pointed out-, to provoke disorder, try to burn people alive, discredit the leaders, create chaos and blame the Government, parallel to that they create a favorable scenario on social networks and the media.

All this, she said, is very clear in the war manuals applied by the United States for years, which have allowed it to put an end to projects such as those in Ecuador, Libya, Bolivia, at the time, and thousands of other examples.

“However, there is something that the ‘gringos’ forget, that our revolutions are of the people and for the people, that we have values, principles, ideals and above all, unity as the essential weapon of our struggle”, Diaz stressed.

The congresswoman recalled in her interview with Prensa Latina that for more than 60 years in Cuba and at least 20 years in Venezuela, all those who occupied the Oval Office of the White House, have implemented every strategy they could think of to provoke changes in these nations.

For the PSUV vice president for Agitation, Propaganda and Communication, Cuba and Venezuela are essential pillars in the region.