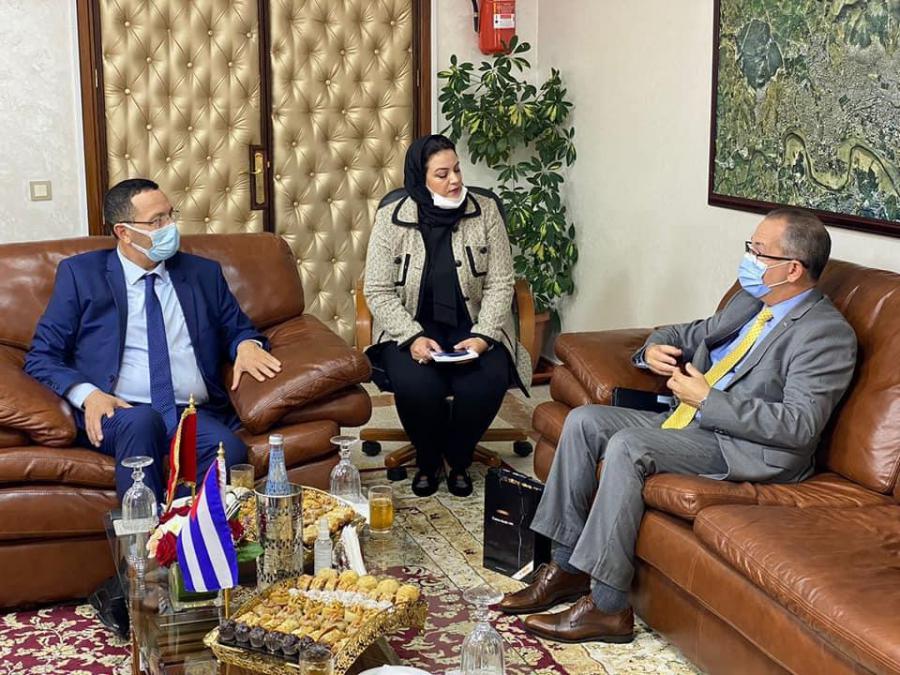 The diplomat conveyed the desire of Cuban authorities to maintain cooperative relations in areas of common interest that contribute to the welfare of both peoples.

Meanwhile, the Moroccan mayor expressed interest in developing ties between Tetouan and a Cuban city, and noted the great potential for it.

Likewise, the head of the Cuban mission met with councilors and social actors in the city’s assembly hall, whom he invited to participate in the efforts to establish ties between Tetouanis and Cubans.

Tetouan, also known as “The White Dove”, is located in northern Morocco near the Mediterranean Sea, close to Tangier and the Spanish city of Ceuta.

With around 380,000 inhabitants, according to the 2014 census, it is the Moroccan city with the most Andalusian features. The ancient Islamic city Medina of Tetouan was declared a World Heritage Site by UNESCO.

In addition, Ambassador Domokos gave a lecture on Cuban culture to students of the School of Arts and Humanities of the Abdelmalek Essadi University of Tetouan.

The activity was chaired by the Dean of the School, Dr. Mustapha El Ghachi, and Dr. Abderrahman El Fathim, head of the Department of Hispanic Studies.

In his speech, the Cuban diplomat underscored that the Cuban Revolution is the greatest and most transcendental cultural event of his country and one of the most important of the last century in Latin America.

The lecture kicked off a series of meetings entitled “Morocco, Spain and Latin America. Cultural Management and Parallel Diplomacy.”

The Cuban ambassador was received by Bouchta El Moumni, who showed his desire to develop relations with counterpart institutions of the country and emphasized the interest of his institution in deepening the knowledge of Latin American history and culture.