Cuba condemns at UN the US unilateral lists 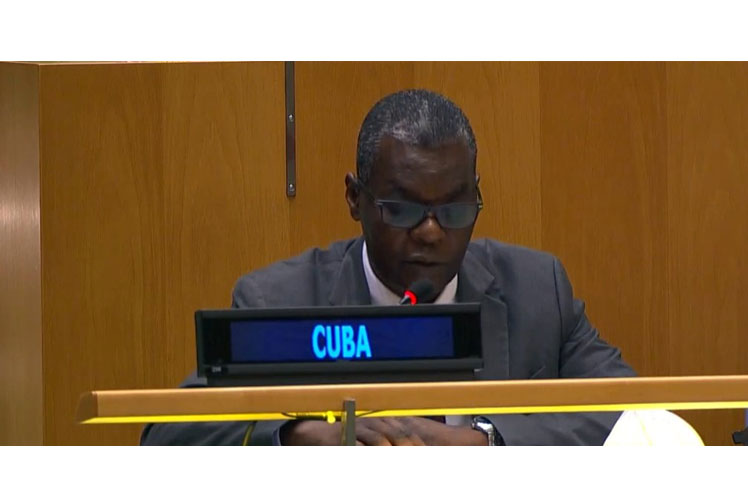 Cuba condemns at UN the US unilateral lists

“We strongly reject the use of fighting off terrorism to cover up acts of aggression, undermine national sovereignty, meddle into other States´ internal affairs and to violate the human rights of their peoples,” Pedroso stressed.

The UN should take a stand against this type of desicions, which only serve to stigmatize and put some pressure on countries that, sovereignly, do not comply with the will of the United States, Pedroso claimed.

He also pointed out that UN must be accountable -due to its universal nature- to lead the efforts of the international community to fight terrorism, based on respect for the purposes and principles of the UN Charter and International Law.

Mr. Pedroso also asserted that cracking down on terrorism requires an inclusive approach, due to which prevention and confrontation actions must be accompanied by concrete facts to wipe out its root causes.

On May 25, US Secretary of State Antony Blinken included Cuba on its list of countries that, according to Washington, do not fully cooperate with its anti-terrorist efforts.

After learning of this fact, Cuban Foreign Minister Bruno Rodríguez strongly rejected such a statement and stated that with that decision, President Joe Biden turns his back on the Cuban people and that of his own country, by continuing provisions issued by former President Donald Trump.