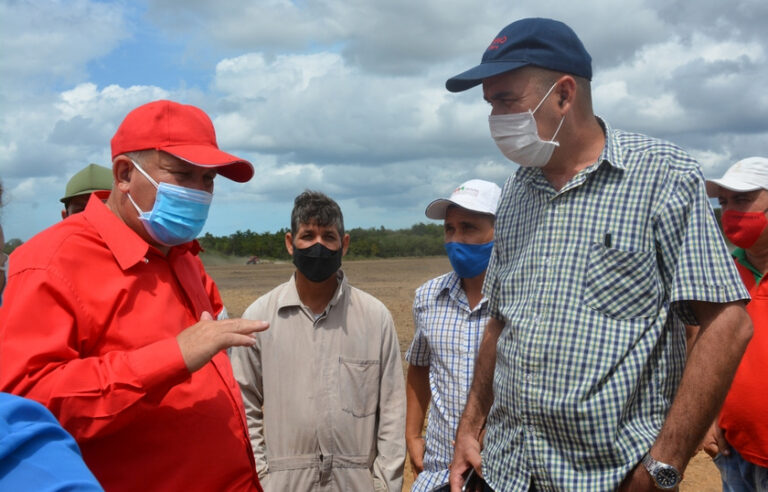 At a meeting with business people, producers and institutions linked to Agriculture, he insisted on intensifying agricultural yields, under the premise of monitoring indicators and changing mindsets, leaving behind old systems and operational methods.

In the slow progress in the application of measures there is poor management by cadres, and organizational and managerial problems, he added.

The strategy must be implemented more dynamically, being closer to farmers and producers, and learning about their problems, in order to increase in benefits, Tapia pointed out.

The official reported the deficit in production of 80 million liters of milk in the country, more than four millions of which are the responsibility of local producers in the province.

He commented that with the recent price increase to 20 pesos per liter, nearly three times more than before, there will be an rise in deliveries to the dairy industry.

This increase, the deputy prime minister added, is to encourage production and seek livestock development, the new thing is the possibility of individual contracts between producers and the dairy industry in order to remove intermediaries in the process.

For his part, Food Industry Minister Manuel Sobrino said that reported that the State will grant subsidies to companies in the case of the milk to families’ basic basket, so that producers can deliver it directly to the processing units and be paid immediately.