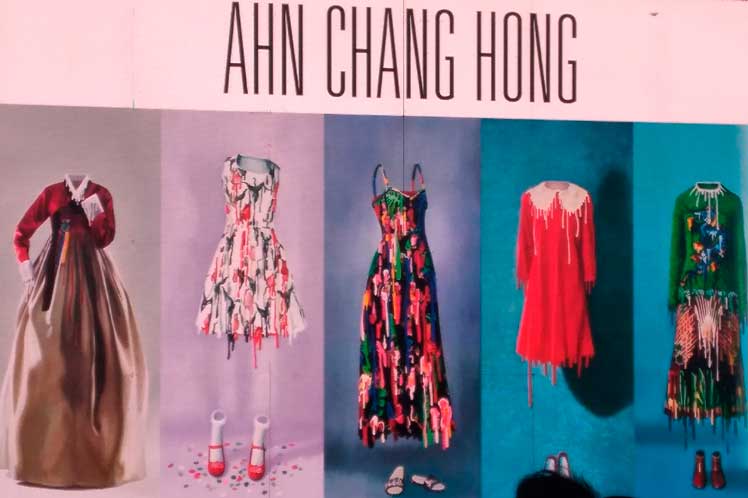 The special exhibition was installed in the Chapel of Man and the Oswaldo Guayasamín House-Museum, in this capital, on the occasion of the commemoration of the 60th anniversary of diplomatic relations between both countries.

“The Fashion of the Ghosts”, a combination of resplendent colors and modern images, is one of the exhibitions that welcomes visitors to the Maruja Monteverde room to confront the past and the present, with works painted in oil on canvas of a similar size to that of a person. 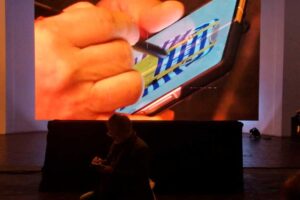 In them, the artist took drawings of pieces of clothing made on the screen of his cell phone with a pencil mounted on the device, to the traditional method of painting. 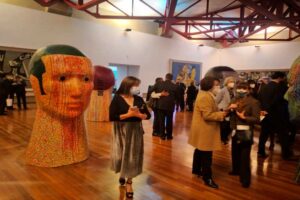 From the house-museum, the tour leads to the Chapel of Man, where numerous three-dimensional sculptures and faces reveal intimate stories, social events, to the man on foot with the various expressions of him, depending on the circumstances.

“Blindness”, which according to the author is a metaphor, since each piece has its eyes wide open, and “Faces”, an approach to the human being from affection, close the exhibition, shown to the world, for the first time, in a a place as emblematic as the space that hosted most of the life and work of Oswaldo Guayasamín, the Ibero-American Painter. 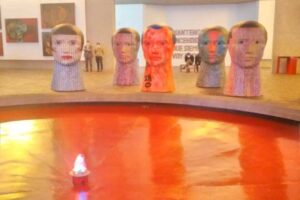 For the creator, the series have a special meaning because they show his respect for Guayasamín, who, like him, reflected the conditions of the human being, from his deepest pains and experiences to hope and the strength to resist.

In this sense, he interpreted the problems of the 21st century, which the Ecuadorian artist also achieved, by capturing the humanity of the previous century.

In a singular and different way, both creators mark social phenomena and call for improvement, from art.