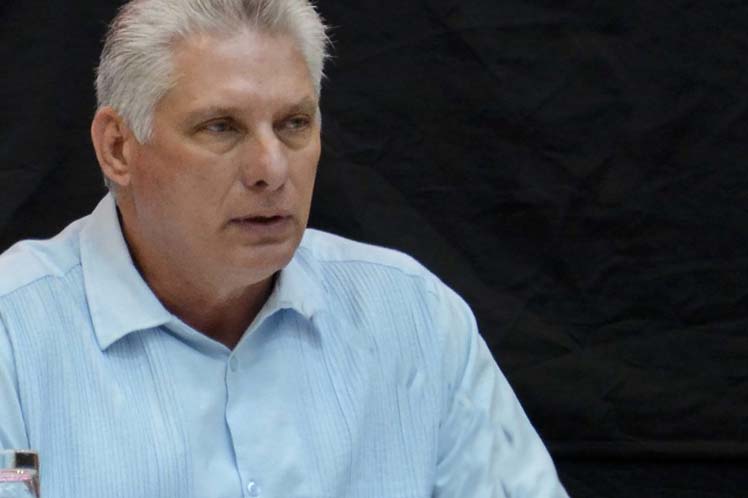 In his official Twitter account, the president pointed out how these people “do not allow themselves to be manipulated and are sure that the march is a counterrevolutionary provocation”.

Kenneth Fowler, member of the Hermanos Saíz Association, told the local newspaper Granma that the march called for November 15, which was denied by the authorities here, has an illegal character.

It is a manipulative action that is seeking to take elements of popular sentiment and transmute them into anti-government attitudes, imaginaries and positions, thus ignoring all existing democratic instances, he explained.

“Cuba requires greater spaces to socialize and address the insufficiencies that can only find their real and emancipating resolution within the socialist project,” he remarked.

Meanwhile, playwright Eugenio Hernández Espinosa assured to be against the denial of the revolutionary process.

“To defend culture is to be on the side of the Revolution”, he said.

Likewise, he emphasized that it is necessary to join forces and take firm steps to achieve progress in the construction of a more just, critical and prosperous society, where art and its exponents continue to be the pillars of development.

The day before, a television report presented evidence on the lack of spontaneity and authenticity in the call launched weeks ago for next Monday and considered unconstitutional by the island’s legal entities.

According to the material, the request for the activity responds to foreign interests for a regime change in the country and this strategy obeys the script of a soft coup d’état, which is being tried to be applied in Cuba following the parameters of an alleged non-violent struggle.