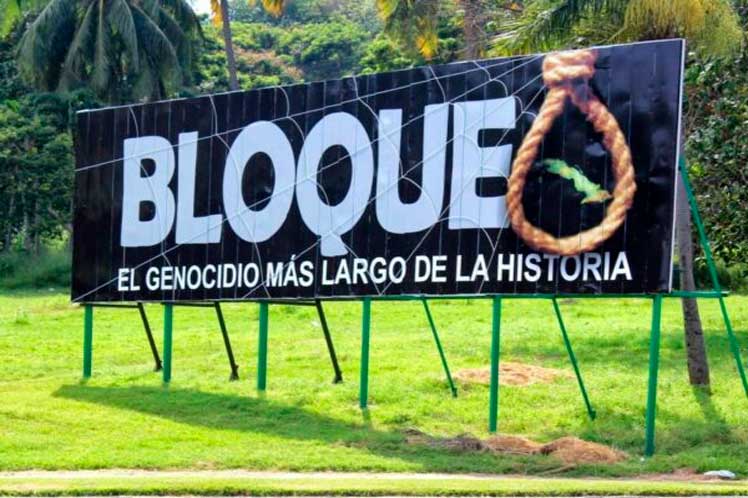 Dilma Rousseff, Rafael Correa, Jose Manuel Zelaya and Ernesto Samper, as well as a long list of writers, politicians, artists, jurists, among others, signed the petition to the US Government so that it “ceases the inhuman blockade against Cuba” and “stops its attempts to destabilize” the island.

The signatories recalled that for more than 60 years, Washington has maintained a regime of sanctions against Cuba, and “in the 90s of the last century, it issued a series of laws that tightened it even more, trying to close the possibilities to purchase food and seeking to crush its people with hunger.”

Only during Donald Trump’s Government, “243 measures were approved affecting Cuba’s economy much more, most of of them during the Covid-19 pandemic. They are still in force under Joe Biden’s administration,” the letter stated.

One of the promoters of the document, Colombian writer Hernando Calvo Ospina, exiled in France, told Prensa Latina that “in recent years and with the development of the Internet, the psychological and propaganda warfare has increased, trying to sow internal division and hatred towards its leaders.”

Washington has maintained the blockade, but also the aggressiveness against the island, as an internal matter, where the elections have played a very important role to make decisions about Cuba. For the candidates, the votes and the economic contributions they get in Florida are essential, he said.