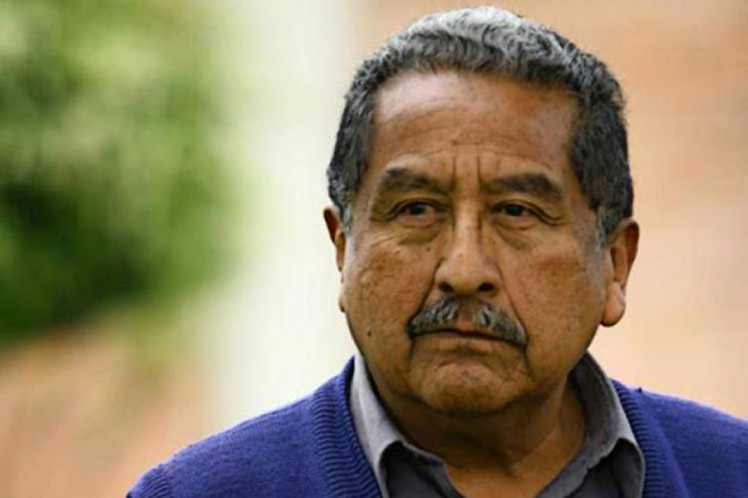 Perez, winner of a Casa de las Americas Prize, told Prensa Latina that he is outraged over the declaration in favor of subversion in Cuba, signed by the neoliberal writer and activist and former presidents and other akin elements, and described it as the character’s complicity with the media war against Cuba.

He added that he is not taken aback by Vargas Llosa and his foundation’s attitude, “with the humiliating support of Lacalle, Macri, Moreno, Zedillo and other disgraceful politicians from our America who are promoting the campaign to distabilize Cuba’s peace and social order.”

“The War of the End of the World (a novel by this writer) is seemingly still in his imaginary. But this time it is a toxic media war that fuels violence on the streets, the destruction of the common good and infringes on Cuba’s peace and sovereignty,” he said.

The poet, who is also the coordinator of the Peru Chapter of the Network of Intellectuals, Artists and Social Movements in Defense of Humanity (REDH) asked if Vargas Llosa has political prestige on the continent after so many mistakes, so much political myopia, so much dislike for Latin American peoples.

He added that this attitude “mainly targets the Cuban people, which has heroically endured attacks, blockades and attempts such as the ones he is currently fueling, and the truth is that it not only overwhelms us but also arises many suspictions.”

Regarding the preparations for a day of destabilization in Cuba on Monday, he said that “we trust the Cuban people’s wisdom and sense of belonging: it will not give in to imperialist agents’ provocations.”