Young US caravan members seek to counter lies about Cuba 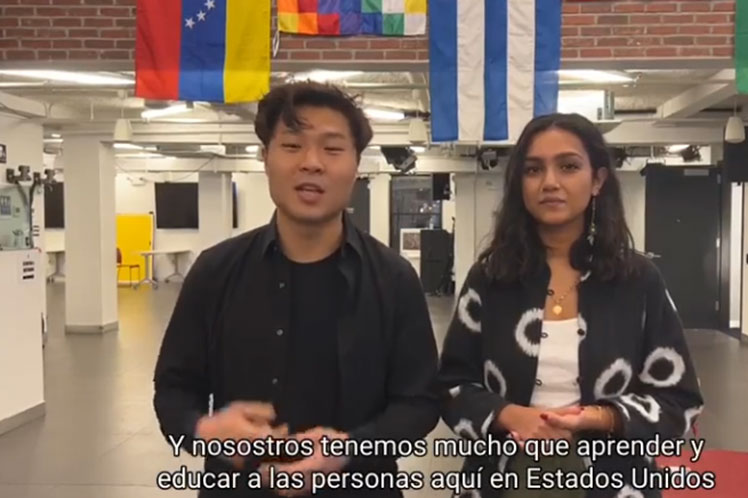 Young US caravan members seek to counter lies about Cuba

For Shaquille Fontenot (Lowcountry Action Committee), his dream of visiting the Caribbean country is about to come true when she arrives in Havana next Monday with the solidarity initiative promoted by the inter-religious organization IFCO-Pastors for Peace, which will be 30 years old in 2022.

In a video sent to Prensa Latina news agency, the young African-American praised the fact that Cuba has supported other countries in their fight for freedom and self-determination.

She said she was very excited about the possibility of learning first-hand about the reality on the island.

She commented she is excited to talk with professionals, leaders, with the Cuban people and all that information she will take back to the United States.

The Pastors for Peace Caravan collected donations for Cuban families, once again challenging the blockade imposed for 60 years by both Democrat and Republican governments from the White House.

According to Angie Langdon, social media coordinator for the Inter-religious Foundation for Community Organization (IFCO) ‘Pastors for Peace’, about 67 caravan members go to Cuba for the first time to discover by themselves the truth, so many times manipulated and misrepresented.

I think it will be a historic moment, the activist said in another video to Prensa Latina.

On November 15, Cuba will open its borders after a long pause due to the Covid-19 pandemic.

By then, the members of the Pastors for Peace caravan, who in 2020 did not travel for that reason, will be among those who will arrive to show their solidarity and friendship amid strong campaigns of those who from abroad seek to subvert the social order in the Island.

Almost 10 months after assuming the presidency of the United States, Joe Biden maintains the 243 measures adopted against Cuba by his predecessor, Donald Trump (2017-2021), tightening the unilateral siege of Washington, particularly during the pandemic.

It is painful, it is frustrating, but Biden’s behavior is not a surprise, Gail Walker, executive director of IFCO-Pastors for Peace stressed in a recent interview with Prensa Latina.

In the United States, policy towards Cuba in many aspects is directed by an influential sector of the most conservative Cuban-Americans in Miami, she noted.