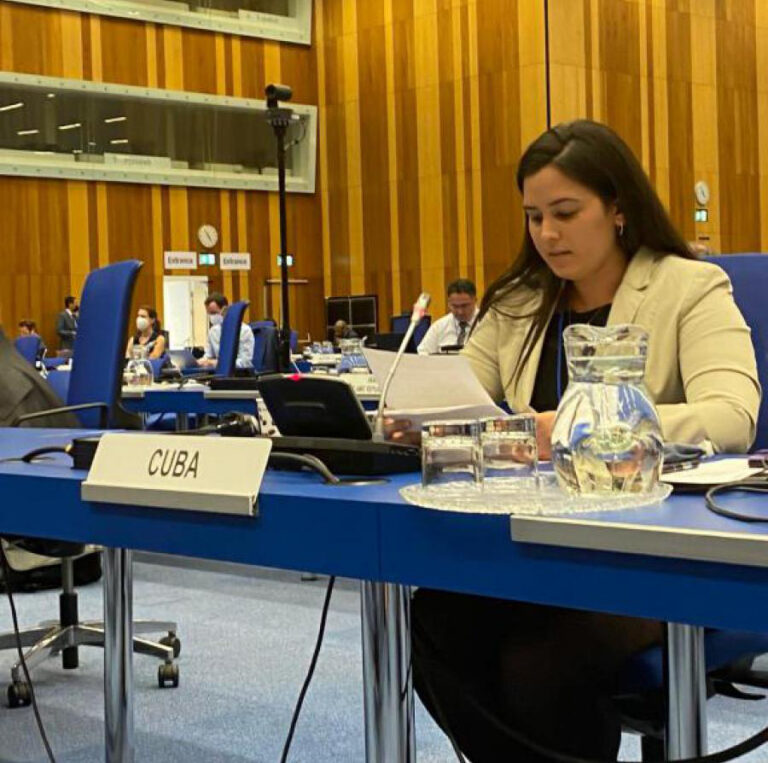 We reiterate our support for the Comprehensive Nuclear Test Ban Treaty and its early entry into force, declared Marlen Redondo, speaker for Cuba at the aforementioned session and third secretary of the embassy of that Caribbean country in Austria.

A balanced approach must be maintained, including in terms of the allocation of resources and time between the three main programs of the verification regime: international surveillance system, the international data center and on-site inspection, she assured.

We also celebrate the work of the Technical Secretariat in order to maintain capacity-building events, despite Covid-19, said Redondo in her intervention.

The diplomat considered that, once the epidemiological situation due to the aforementioned pandemic has been overcome, the face-to-face format that allows States to participate under equal conditions must be preserved.

In addition, the Commission, as part of its capacity-building activities, should offer signatory states, especially developing countries, a wide range of training courses and workshops to strengthen capacities in relevant areas of the Treaty, she said.

We draw attention to the difficulties that Cuba has faced in the establishment of its National Data Center, as a result of the blockade and restrictions on the importation of equipment, derived from the application of this United States policy, said Redondo.

Cuba takes the opportunity to ratify our deep commitment to nuclear disarmament and non-proliferation, said the official.