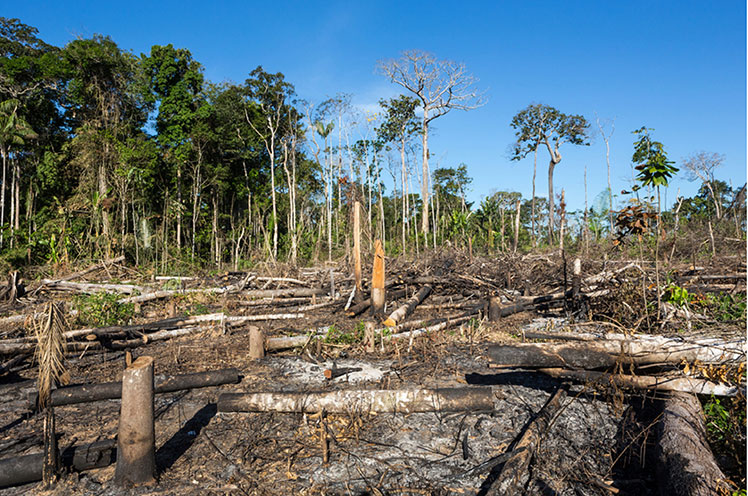 The data from the National Institute of Space Research (INPE) relied on alerts from the Real-Time Deforestation Detection System (Deter).

This method produces daily signals of changes in forest cover for areas larger than three hectares (0.03 km²), in this case those totally deforested and those in the process of degradation (by logging, mining, burning and others).

According to the information recorded, this is the largest devastated area for this month since 2016 , covering eight states.

It corresponds to the Legal Amazon 59 percent of the Brazilian territory and comprises the area of the divisions of Acre, Amapá, Amazonas, Mato Grosso, Pará, Rondônia, Roraima and Tocantins, as well as part of Maranhão.

The G1 news portal assures that at the climate summit (COP26), held in Glasgow (Scotland), Brazil ignored the devastation records and promised to end illegal deforestation by 2028.

For Márcio Astrini, executive secretary of the non-governmental organization (NGO) Climate Observatory, the data show that the Brazilian Executive has no intention of fulfilling the commitments signed at COP26: “Emissions occur on the forest floor, not in the plenary sessions in Glasgow”.

He pointed out that, in Glasgow, the government is trying to sell the illusion of environmental commitment, but for the world, he remarked, “the important thing is not the square meters of the Brazilian stand, but the kilometers of forest that are destroyed every day”.