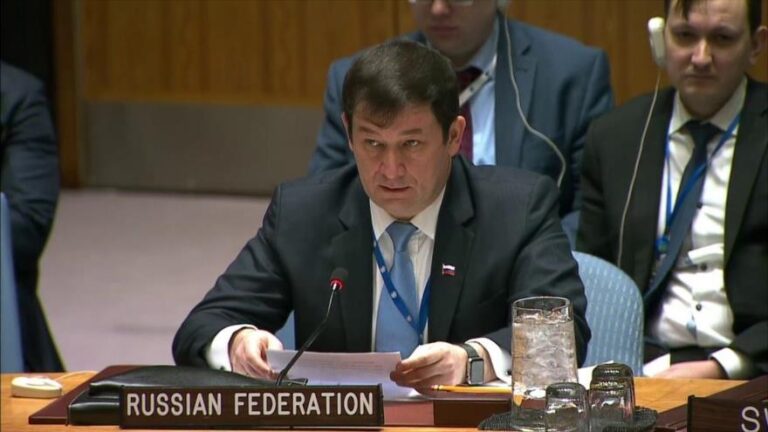 Such were the words of the first deputy permanent representative of Moscow to the United Nations, Dmitri Polianski yesterday, prior to the debate before the UN Security Council on the migration crisis in territorial limits of Belarus and Poland.

He pointed out that those who consider these flights a provocation forget to mention that it is a response to the massive increase in Polish forces on the border with Belarus and that we have obligations under the State of the Union and within the Collective Security Treaty Organization.

“These are only reconnaissance flights, nothing more. We are not violating anything. Therefore, I do not understand why this problem arises, only if it is for political purposes. Because they are completely normal actions, nothing out of the ordinary”, he clarified , according to TASS news agency.

On Thursday, the Russian Defense Ministry reported that two Tu-160 bombers with strategic missiles were patrolling over the neighboring nation, accompanied by Su-30SM fighters from the Belarusian Air Force.

Polianski told reporters that Minsk and Moscow are not doing anything to help migrants reach the border with Poland.

“Talk to immigrants and you will discover how artificial it is. I saw reports on German television in which people who managed to arrive (in the European Union) said that it was completely their decision. No one pressed them”, the Russian diplomat said.

He rejected attempts to describe the migration crisis as artificially created by Belarus and Russia, according to accusations by some representatives of Western countries.

The Russian representative to the UN also denounced that Poland’s actions against migrants on that border violate international regulations.

“There are many cases where the Polish and Lithuanian border guards beat migrants and push them back to Belarusian territory. This is an absolute shame and a total violation of any possible international conventions and provisions”, ​​he stressed.

The migration crisis on the borders of Belarus with Poland, Lithuania and Latvia began at the beginning of the year but it worsened on November 8, when thousands of people approached the Polish territory limits from the Belarusian side, where they still remain.