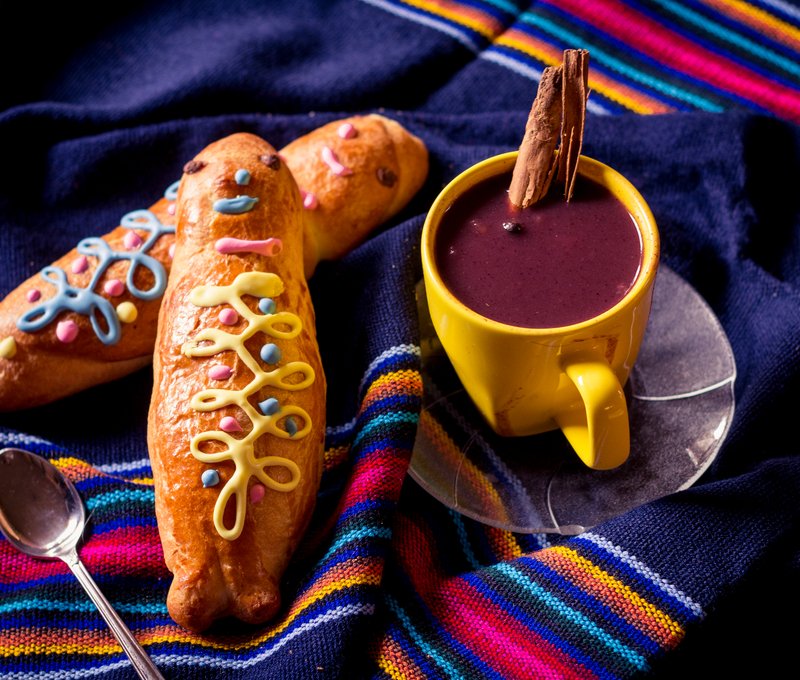 “Our ancestors, from the Kitu Kara 500 years ago, did offerings to celebrate their dead. At the beginning they used ‘llama’ blood and mixed it with black corn, giving way to the ‘colada morada’, a common practice in the Andean region,”DavianaPinos, a chef and teacher at the Gastronomy and Bussiness School of Quito (GaBS), told Orbe.

While working on that preparation of the country’s cooking tradition, passed on from generation to generation up to the present, Pinos added that the recipe changed with the arrival of Spaniards, colonization and the fusion of cultures, which derived in the inclusion of fruit and other elements up to the current preparation, which caninclude from 20 to 30 ingredients.

For its part, the bread ‘guaguas’ are figures made of flour and stuffed in jam, they look like dolls or babies and have unimaginable covers, such as faces, clothes and, recently, even eyeglasses and masks, in line with biosafety measures required to fight Covid-19.

According to the chef, “the ‘colada morada’ and the ‘guaguas’ mean resistance so that something typical of our culture as an Andean community doesn’t disappear.”

For her and the remainingGaBS educators, one of the challenges and greatest pleasures lies on teaching students in different cooking courses about these preparations.

To keep an ancestral tradition alive and position it among so many proposals by other cooking practices that became popular in Ecuador is for them a duty with which they hope to comply for many years.

In Quito, the country’s capital, one of the actions taken to encourage the production of these preparations is an annual festival in which the tastiest and more original recipes are awarded.

Innovation has led to add or change some ingredients to the ‘colada morada’, without losing its intense red color, and make other figures in the bread ‘guagua’, such as typical animals of the Amazon region.