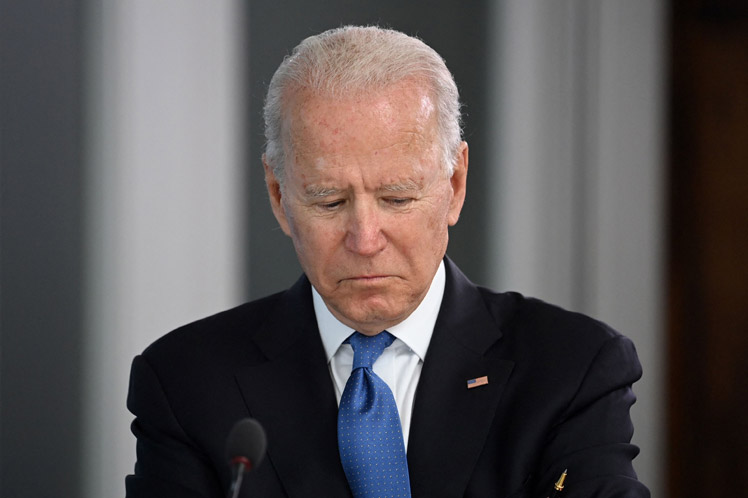 After agonizing internal confrontations, the Democrats managed to get a victory late last November 5, which turned out to be a “monumental step forward for the nation”, the governor said a day later.

With 228 votes in favor and 206 against, the House of Representatives gave the green light to the initiative, which was immediately sent to the president’s desk to be signed, with which the Capitol came out of the legislative deadlock and also laid the groundworkfor addressing amore extensive social spending plan, a cornerstone of Biden’s economic agenda.

“Finally, an infrastructure week,” the president told the press, in a sign of relief shared with the Democratic Party, alsoworried by itsdevastating performance in Virginia, where a Republican newcomer, Glenn Youngkin, beat Terry McAuliffe, a heavyweight of the blue party, in the race for the state’s governor’s office.

For analysts, both the result and the narrow victory in New Jersey by Democrat Phil Murphy – reelectedas governor- are a potential prediction of the 2022 midterm elections.

White House Chief of Staff, Ron Klain, admitted that “it has been a tough and difficult year” for Biden and blamed the losses in the polls on dealing with, among others, problems inherited from the administration of his predecessor, Donald Trump.

In that sense, he insisted that the current government is striving to get out of “the holes they left us in.”

A recent Harvard CAPS/Harris poll released last week revealed that the Oval Office occupant has a 43 percent approval rate, while another one conducted by NBC News indicated that 42 percent of the country’s adults support his job, compared to 49 in August and 53 in April.

The latest survey found that seven out of 10 U.S. residents believe the nation is on the wrong track.

For the Democratic Party, Biden’s success is critical to its hopes of maintaining control of the House and Senate in the 2022 elections.

According to a USA Today and Suffolk University opinion poll, 46 percent of those surveyed believe that the president’s performance in his job is worse than expected, including 16 percent who supported him in polling stations12 months ago.

This could impact Biden’s reelection chances for 2024, because, according to the research, 64 percent of those polled do not want him on the electoral ballot in three years.

Meanwhile, 58 percent also rejected the idea that Trump appears on the Republican Party ticket in the election.