Elite Rights Watchdog: A Better Title for the U.S. Gov’t 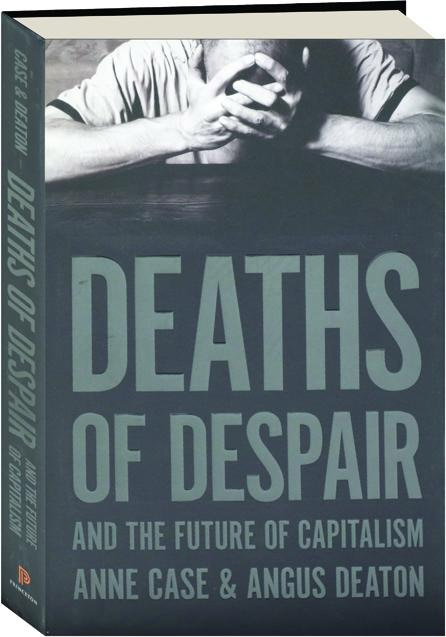 Elite Rights Watchdog: A Better Title for the U.S. Gov’t

Beijing._ In 2020, Princeton economist Anne Case and Nobel Prize winner Angus Deaton published a book named Deaths of Despair and the Future of Capitalism. The authors used the phrase “deaths of despair” to refer to deaths from suicide, drug overdose, and alcoholism in the United States.
Share on facebook
Share on twitter
Share on whatsapp
Share on telegram
Share on email

In the past two decades, the number of “deaths of despair” has risen dramatically, claiming hundreds of thousands of American lives each year, and it’s still rising.

What’s behind the problem is the systematic inequality in the United States. It is directly attributable to the country’s callous indifference to the ordinary. Every government represents interests of its own class. As Princeton University Professor Martin Gilens and Northwestern University Professor Benjamin I Page have concluded from their study, “economic elites have substantial independent impacts on U.S. government policy, while average citizens have little or no influence.”

Although the U.S. economy as a whole has grown over the years, median wages for those without college education, including the whites, have declined. Americans without bachelor’s degrees, who account for the majority of the working-age population, are becoming less and less valued in the economy.

Every aspect of the entrenched social inequality and polarization has been laid bare by the COVID-19 pandemic. One of the examples is that medical resources and aids for the middle and lower class are not proportional to their number and vulnerability.

On Fisher Island, the famous enclave for the rich, all of the nearly 800 families got antibody testing in their own health clinic at the early stage of the pandemic. But in the rest area of South Florida, ordinary citizens have to wait in line for hours to get a test.

The rich can get the best treatment and leave the hospital very soon, while an ordinary American family has to pay half of its annual income just to afford treatment for one patient, resulting in a doubled fatality rate in deprived areas than in the wealthy communities.

What’s more, as the ordinary people suffer from economic crisis aggravated by the pandemic, the richest 1% in the U.S. has got even richer. As of the second quarter of 2021, the total net assets of the top 1% of U.S. households reached 36.2 trillion U.S. dollars, surpassing those held by middle-class families that account for 60% of U.S. households for the first time.

Nearly 170 years ago, Karl Marx argued that human rights are stratified. His insightful observation is now corroborated again in the U.S.

The U.S. trumpets itself as a “human rights defender”, but all indicate that it is only defending rights and interests of the wealthiest few. “Elite rights watchdog” is a far more suitable title for the U.S. government.

In a country where the rights to life and development of the majority are ignored, where many more George Floyds still can’t breathe, freedom and human rights are only castles in the air, at best, the privileges of the top 1%. The rest 99% are just passive participants in an unrighteous, immoral culture with unchecked politicians seduced by privilege and drunken with power.

How long will ordinary Americans have to wait until elected officials realize that doing what’s right for the whole society matters more than their political prospects?

In 1931, James Truslow Adams depicted a rosy vision of American Dream that “life is better and richer and fuller for everyone, with opportunity for each according to ability or achievement regardless of social class or circumstances of birth”. But today, everything in the U.S. seems to be about class and birth. Saving the Middle Class is all just “pie in the sky talk”.

When the vast majority of Americans are not entitled to equal rights and the benefits of development, and their hope for a better life is suffocated, many more people would be left with little choice but to “die of despair”.

* The author is a commentator on international affairs, writing regularly for Xinhua News Agency, Global Times, CGTN, etc. He can be reached at xinping604@gmail.com)