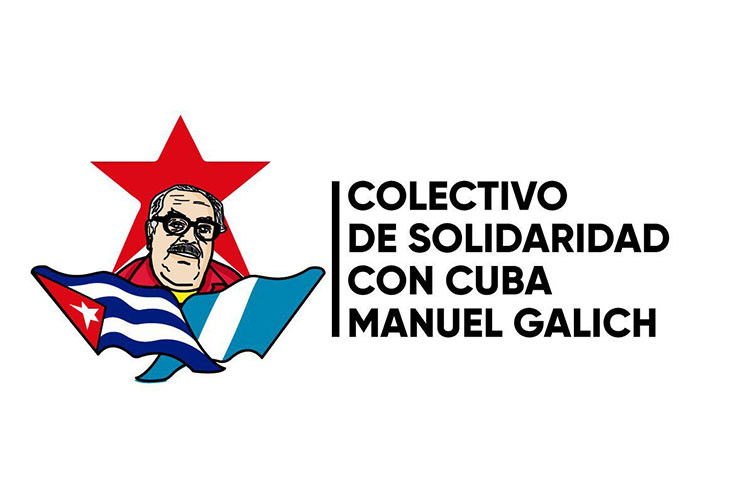 “Our solidarity support for the Cuban people and our repudiation to this new coup attempt by the Yankee empire and its lackeys”, members said in a statement.

Friends to the Island denounced that this November 15, “another plan of a media and political nature is being carried out at the international level, which has its counterpart within Cuban territory with a call for mobilization against the socialist project”.

“They intend as they have tried for more than 60 years to overthrow the government that in a sovereign and independent way the Cuban people have voted and decided to lead the process of building socialism in the face of the empire and despite its genocidal blockade”, they specified.

The group recalled that the “plan is financed and directed by the US State Department, operated through a group of senators, foundations and groups based in Miami and small groups of lackeys and violent individuals organized by the US Embassy in Havana”.

This attempt, they argued, has been joined, as usual, by right-wing governments and main media corporations, which are the source of propaganda for most mass media in Latin America.

Opportunistically designed, they warned, as the Yankee empire has deepened the genocidal blockade at a time when the impacts of the Covid-19 pandemic are being experienced.

However, the Guatemalan friends reaffirmed their confidence that “the Cuban people and government will know how to confront the counterrevolutionary forces and the empire as they have done during decades of heroic resistance”.

“By their side we will stand, we, Latin American peoples who, along with Cubans are part of the struggles to break free from the imperial yoke of the United States of North America”, they emphasized.

“Long live free, sovereign and socialist Cuba! Down with the Yankee empire and its lackeys! Down with the genocidal blockade”! they concluded in their statement.

Yesterday, groups of friends met in the capital’s José Martí Square to also express their support for the revolutionary process in the country and to condemn the economic and commercial blockade of the United States, intensified under the administrations of Donald Trump and Joe Biden.