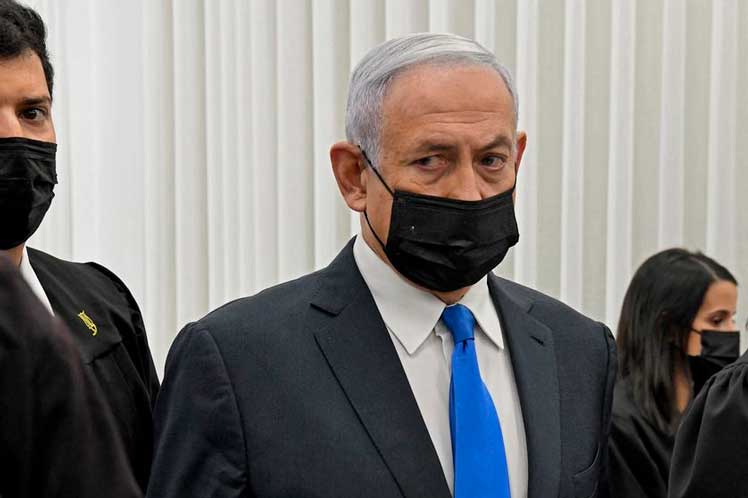 During a hearing Tuesday, attended by Netanyahu, the Jerusalem District Court postponed the testimony of Nir Hefezt, a star prosecution witness and former assistant to the once head of government.

The decision came after the defense’s request last night to study new evidence gathered by the prosecution following Hadas Klein’s plea in the so-called mil case.

Kan TV indicated that the Attorney General may consider modifying his original indictment in light of these new facts.

Hefetz is the most important witness in the 4,000 case because he can directly implicate Netanyahu in bribery.

During his April court appearance, lan Yeshua, the former director of the Walla news website, claimed that from 2014 to 2017 Netanyahu illicitly benefited the business interests of that site’s major shareholder, Shaul Elovitch.

In return, according to the testimony, Elovitch provided the then-prime minister and his family with positive coverage on the website, and even allowed him to dictate editorial policy on a regular basis.

In a separate case from those of her husband, in 2019 Sara Netanyahau reached a plea deal with the prosecution and pleaded guilty to a misdemeanor to avoid being tried for fraud.

She was accused of spending a total of 360,000 sekels (about $111,000) from the official residence’s budget from 2010 to 2013 to order meals from outside caterers, despite having full-time cooks paid by the state.

Netanyahu, who lost power last June, was the first head of government in Israel’s history to undergo an impeachment process while being in office.