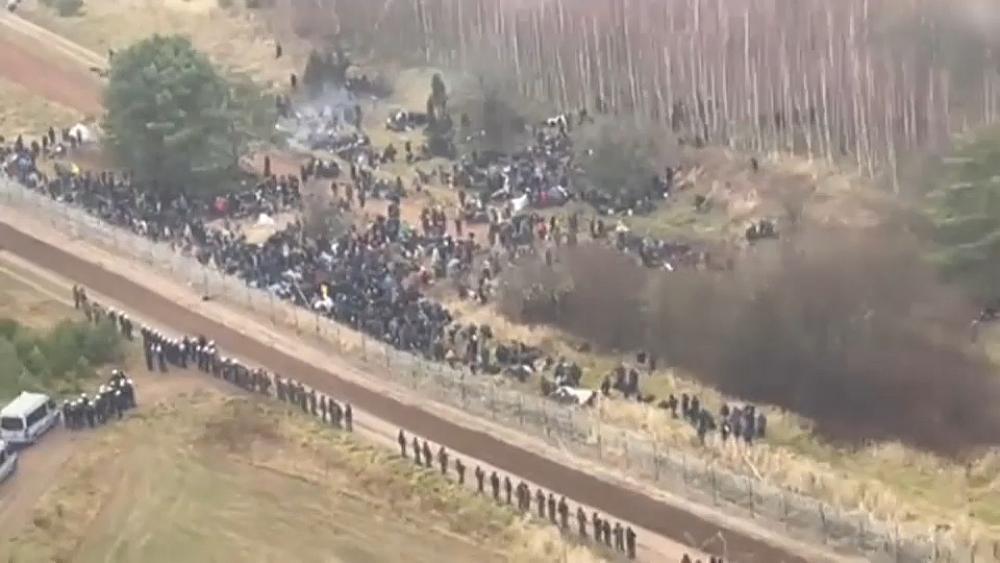 Stanislaw Zaryn, spokesman for the minister coordinating the intelligence agencies, issued the information through Twitter, while the Defense Ministry warned that the border situation “could last for months, even years”.

Days before, the Polish government, of the nationalist Law and Justice party, sent thousands of soldiers, tanks and anti-aircraft batteries to prevent the entry of asylum seekers who had gathered at border after crossing areas of Belarus. Most of them are Kurds and citizens from other Middle East nations trying to reach central European countries.

The Minsk executive considered this response inappropriate to deal with a migration crisis and attributed the situation to European Union (EU) policies against countries in the Middle East and other regions.

European mafias operating from Germany, Poland and other nations charge refugees for taking them into Europe, said Belarusian President Alexander Lukashenko at the time.

Meanwhile, Polish security forces deployed in the area the day before used tear gas and deployed water cannons to disperse the migrants, who were throwing stones at them, according to local press reports.

On the other side of the border, thousands of people, mostly from the Middle East, are settled in makeshift camps under very adverse weather conditions, a situation denounced by Lukashenko, whose government lacks the resources to deal with the problem, according to his words.

The authorities in Minsk urged their Polish counterparts to sit down at the dialogue table to find a solution to the conflict, without any response from Warsaw, according to what they denounced.

On the other hand the EU fears a migration situation similar to that of 2015, when hundreds of thousands of refugees arrived in Europe, mostly from Syria, but also from Afghanistan, Iraq and other countries.

Polish activist calls for the end of US blockade against Cuba

Belarus denied military deployment on the border with Poland

Polish activist calls for the end of US blockade against Cuba

Belarus denied military deployment on the border with Poland