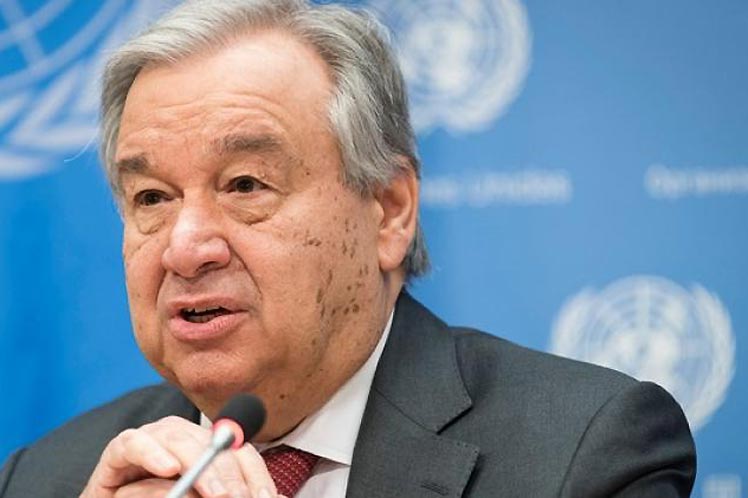 In his intervention before the Security Council, he highlighted the need to have the full support of that body and of all member states in conflict prevention efforts.

Likewise, he said, he urged better integration of prevention and risk assessment into UN decision-making.

According to the highest representative of the United Nations, preventing conflicts requires closing development gaps, reducing inequality and bringing hope to people around the world.

Ultimately, he observed, preventive diplomacy is about stopping wars before they happen, through dialogue.

History shows that conflicts do not arise out of nowhere, nor are they inevitable, too often they are the result of a lack of access to basic services and essential elements of life, such as food, water and medical care, Guterres said.

Similarly, he added, they can be caused by loopholes and a lack of trust in security systems, laws, institutions, and governance in general.

These gaps are potential sources of violence and even conflict, the UN chief stressed, closing them can help stabilize societies and reduce the inequalities that fuel wars.

That is why it is so important to address the different drivers of conflict, including poverty, inequalities and climate change, he stressed.

In this regard, he considered that much more should be done within the multilateral organization in order to unite humanitarian, peace and development efforts.

The secretary general said that on numerous occasions he used his good offices, sometimes publicly, sometimes behind the scenes, to try to defuse conflicts and promote peace.

For his part, the President of the General Assembly, Abdulla Shahid, considered that the Security Council’s efforts in preventive diplomacy should be complemented with those of other United Nations organizations in order to build more prosperous and resilient societies.

He also touched on several emerging challenges that can be catalysts for conflict such as the Covid-19 pandemic exacerbating inequalities, climate crises, and ineffective institutions robbing people of hope.