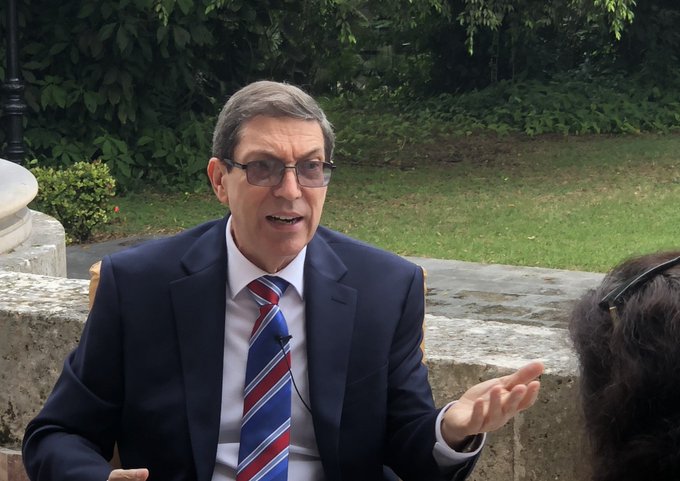 In his official Twitter account, the foreign minister explained the announced Internet outage in the Caribbean nation did not occur and neither did repression, marches and militarization announced by foreign media.

According to the platform, these points were discussed in a recent interview with the AP news agency, in which he condemned Washington’s instigation and financing of subversion against Cuba with millions of dollars, as well as the use of internal agents.

“It gives the impression that Cuba is the only country in the world in which a protest that did not exist becomes international news,” stressed the head of diplomacy on the island.

Also in the dialogue, the official denied having established any agreement with Spain to provide for the departure to that nation of the alleged missing Yunior Garcia, promoter of a destabilizing call for last Monday.

The trip of Garcia and his wife, Dayana Prieto, is not the result of an agreement between the two countries, of any decision of the Cuban government or judicial determination, he assured.

“I suppose (Garcia) is exercising the right that any Cuban has to travel and move freely”, he added.

As AP recalled, on Monday no one went dressed in white to the intersection of the capital’s Prado and Malecon streets (as planned) or in the places called in other provinces, nor did the suggested clapping and banging of pots and pans sound, nor were white sheets laid out as a sign of protest.

What did happen on the 15th of this month and previous days was that civil society came to public spaces to reaffirm their support to the Revolution, to celebrate the reopening of schools after the control of the Covid-19 pandemic and to celebrate the 502nd anniversary of the foundation of Havana.