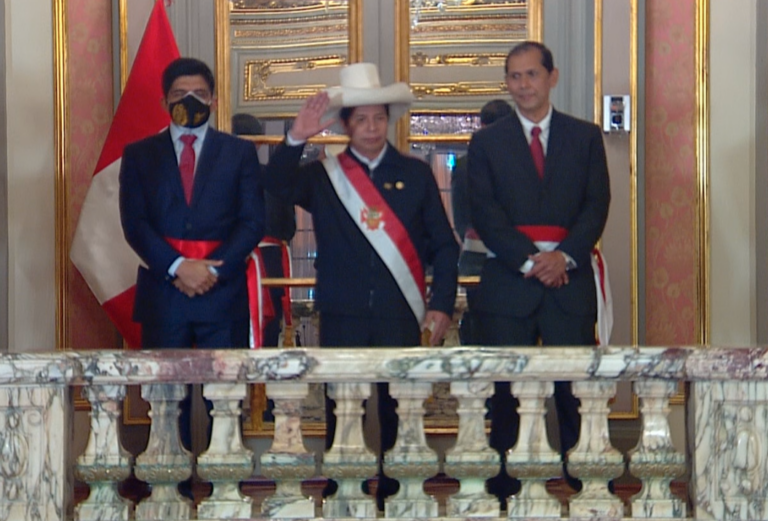 Carrasco returned to the cabinet after a few weeks of having stepped down as Minister of the Interior due to the resignation of the full ministerial cabinet, headed by Prime Minister Guido Bellido, leader of the governing Peru Libre party.

After serving as a prominent Anticorruption prosecutor, he held that portfolio for a little more than two months, until last October 6, and in the following days he was appointed advisor to the Minister of Justice, Aníbal Torres.

The new Minister of Defense replaces Walter Ayala, who resigned when the parliament, under the influence of the extreme right, was preparing to question and remove him due to allegations by former military chiefs that he improperly promoted three officers to the rank of general.

Ayala denied the accusations and, when he resigned last Sunday irrevocably, said that he did not do so because he assumed he was guilty of the accusations, but to prevent the opposition from using his case to seek the vacancy (impeachment) of President Castillo.

Pardo replaces Jorge Incio, whose retirement from the cabinet was demanded by the Acción Popular party because he is a militant of that group, which had not authorized him to be part of Castillo’s government.

Shortly before the swearing in ceremony of Carrasco and Incio, the Prime Minister declared that together with the President they were evaluating three options and several sources affirmed that the other two were retired generals Jorge Chavez, who yesterday met with the President, and Wilson Benitez.

Another motion to question the Minister of Transport and Communications, Juan Silva, is also in process, despite the fact that last week the legislative plenary failed to question him.

Spokesmen of the extreme right-wing parties have proposed to question ministers continuously and only disagree on whether to do it in groups or one by one.