Agrarian struggles in India cause a turn of the wheel 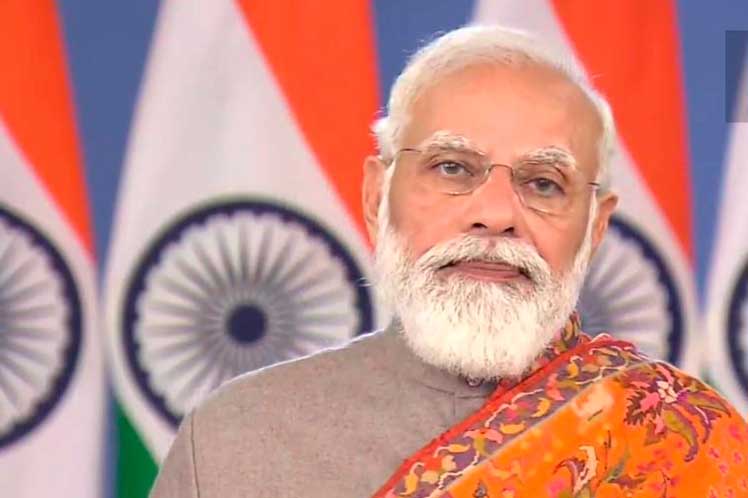 Agrarian struggles in India cause a turn of the wheel

The unexpected review was very well received, but it did not translate into an immediate end of the agricultural unrest, as peasant leaders press for a formal notification to be made, through due parliamentary procedures.

Modi, addressing the country this morning for Guru Nanak Jayanti Day, one of the holiest days in the Sikh religion, called for a new beginning and asked farmers camped at the entrance to the capital since late November last year to return to their homes.

The prime minister maintains such regulations benefit farmers, adding that the government was unable to convince some of the farmers, especially those from Punjab, Haryana and western Uttar Pradesh, whose protests left some 700 dead.

The ruling Bharatiya Janata Party (BJP) hopes the decision will appease the two main communities leading the demonstrations: the Sikhs, who are the majority in Punjab, and the Jats, a major demographic constituency in western Uttar Pradesh, another politically crucial territory.

According to experts, the ruling party hopes this will nullify the headwinds in the states where there will soon be elections.

The opposition, for its part, congratulated the farmers for their difficult victory, but questioned the “politically opportune” moment of the Executive.

The peasants welcomed the announcement of the repeal of the laws, but made it clear that this is not enough.

The final decision on the matter will be made on Saturday during a central committee meeting of the Samyukta Kisan Morcha (United Front of Farmers), agricultural leader Darshan Pal told the Press Trust of India news agency.

The coalition of 40 agrarian unions affirmed their protest is not limited to repealing the three laws, but also demands a legal guarantee of remunerative prices for all agricultural products.

And while drums were heard in various places and sweets were distributed for the unexpected victory, the leader of the Bharatiya Kisan Union (BKU), Rakesh Tikait, added the Executive should also speak about the minimum support price (MSP) of the crops and other issues.

“The protest will not be withdrawn immediately, we will wait for the day when the agricultural ordinances are repealed in Parliament,” Tikait tweeted.

In his speech, Prime Minister Narendra Modi said the constitutional procedures to revoke the laws will be done in the winter session of Parliament, which begins next November 29. Farmers remain cautious and affirm they will not give in until the regulations are repealed and there is a favorable decision on the minimum support price.

India’s farmers’ movement against three controversial sector laws enacted by Parliament in 2020 has already completed a year of peaceful struggle to demand the repeal of the trio of laws enacted for agriculture.

Protestants fear that this triad of provisions will destroy the system by which the state buys their crops, leaving them at the mercy of big business.

The Executive projected the agrarian ordinances as important reforms for agriculture, but the growers affirm that these laws will damage the country’s food sovereignty in the long run.