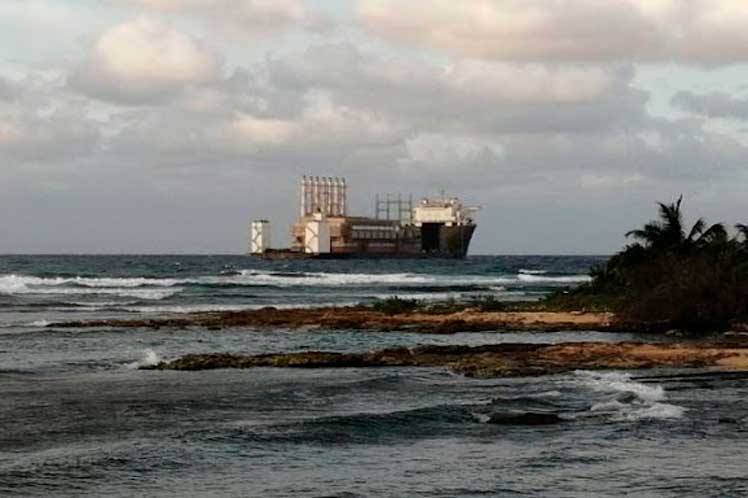 Technical Director of Union Electrica (Electrical Union, UNE), Lazaro Guerra, told Prensa Latina that power plant is currently at the Mariel port, 45 km from this capital, for the discharge of some elements and other actions that can take some days.

It will be taken later to the Havana Bay, where it will start operating in December once all necessary mechanisms are adjusted.

Over the weekend, Guerra reported the arrival in Cuba of a fuel skid, another element of this mobile generation project that will be added to the country’s efforts to increase its generation capacity.

In this sense, the country is working hard to recover the thermic units, the main suport of the national grid, severely affected by deterioration, lack of maintenance and shortage of spare parts.

Minister of Energy and Mines, Livan Arronte, on Friday checked maintenance actions of blocks 5, 7 and 8 of the Maximo Gomez thermoelectric plant, from Mariel, which will incorporate 150 MW to their energy distribution on Sunday, Nov. 21.

At the last session of the National Assembly, President Miguel Diaz-Canel said that, despite the difficult conditions of Cuban economy, the government allocated funding for recovering, before the end of the year, 608 MW of power.