Funds and technology for coffee growing demanded in Africa 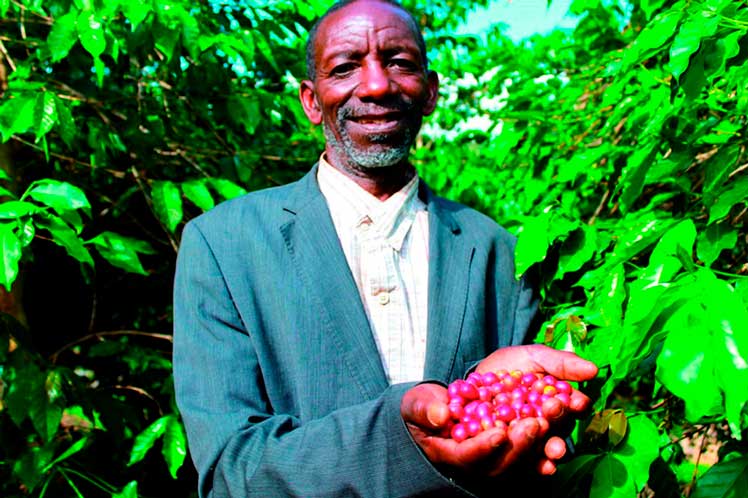 Funds and technology for coffee growing demanded in Africa

Available data, corresponding to 2019, also confirmed that only five countries concentrated about 76 percent of the continental production, including Ethiopia, Uganda and Tanzania, as indicated by the Commissioner for Rural Economy and Agriculture of the African Union (AU) .

After crude oil, coffee is the second best-selling commodity (raw material) on a global scale, although income from grain exports fell in recent years due to the behavior of international prices, the specialist said.

The agronomist maintained that, despite specific fluctuations in the market, the so-called black continent has long-standing problems in its economic structure and insertion in world trade.

As she illustrated, much of the African coffee trade depends on the grain line and this reduces income possibilities, especially for small farmers supporting the sector.

In the opinion of the expert, the strengthening of value chains of the coffee industry and the technological investments in the field, represent for Africa, a way to improve the livelihood of many populations.

Sacko’s analysis was part of a debate promoted by the Angolan Ministry of Foreign Affairs, with a face-to-face and on-line platform due to health measures.

From Mozambique, the AU commissioner welcomed the initiative and called for supporting cooperation mechanisms such as the African coffee development fund, which could provide financial resources to face existing challenges.

In the case of Angola, the official agreed with other panel members when evaluating the deterioration of national production in need of technological updating, promotion of plantations, market restructuring, strengthening of value chains and monetary support with the intervention of commercial banks.

According to academics and directors of the Angolan Ministry of Agriculture and Fisheries, the country has a long coffee-growing tradition since colonial times, but the branch still suffers the ravages caused by the civil war (1975-2002).

A good part of national producers are small and medium-sized companies of family origin, the analysts indicated and warned about the aging of the workforce, as many young people leave to the cities.

Likewise, they stood for greater access to financing and the introduction of better cultural practices in order to increase agricultural yields, coffee quality, upgrading activities and competitiveness towards exports.