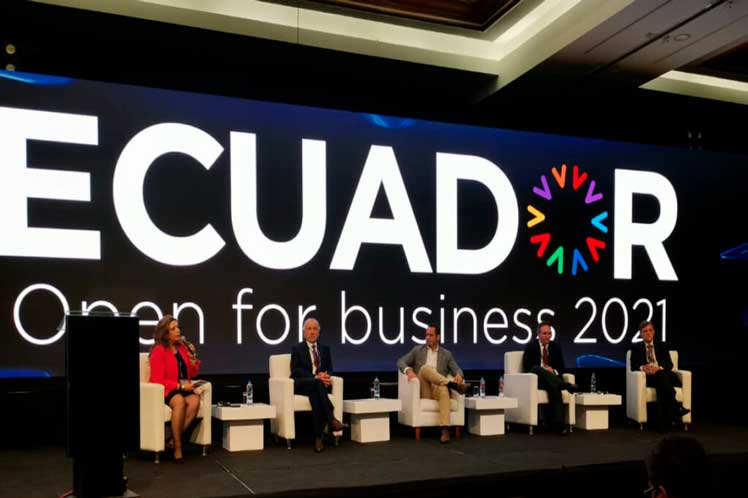 The meeting was attended by the President of the Republic, Guillermo Lasso, whose presence is also expected at the closing.

The presidential advisor Roberto Salas stressed that Ecuador seeks to grow and generate sustainable employment through investment, while moving towards a fiscally responsible economy.

The forum allowed making public the portfolio of Public-Private Partnerships, which includes 50 projects, with the aspiration of attracting more than 30 billion dollars in foreign investments with signed contracts for the next four years.

According to the authorities, these agreements would generate at least 600 thousand direct and indirect jobs.

Another panel of interest is called “Invest in Ecuador: a sustainable tourist destination”, with the announcement of the creation of the new national airline, Equinoxair, on December 20th, with 100 percent Ecuadorian capital and operations in Quito, Guayaquil, Galapagos, Manta and Coca.

The Minister of Urban Development and Housing, Darío Herrera, highlighted for his part that the construction sector accounts for 8.4 percent of the Gross Domestic Product, as it is directly related to 27 economic activities and sub-activities.