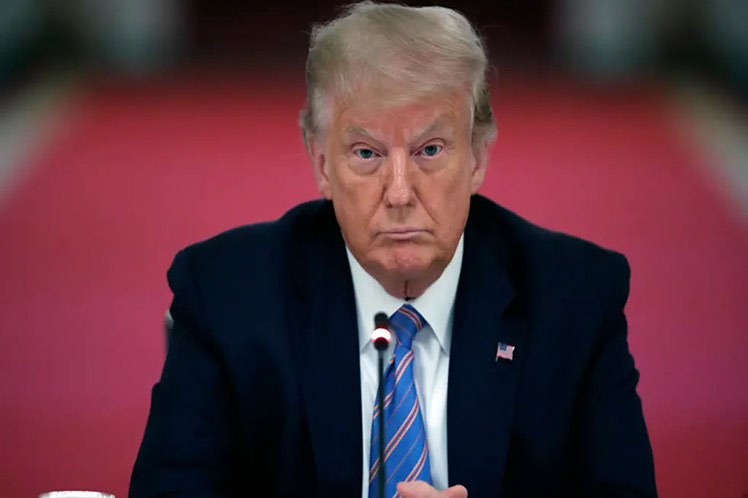 A bipartisan congressional committee that investigates the attack on the Capitol on January 6 wants to obtain important documents that would indict the former president for encouraging violence that day, which many link with a coup attempt.

On November 10, a federal judge rejected Trump’s request to block the release of records to members of the legislative entity, so two days later the National Archives were supposed to send the requested information to the investigative group.

However, the former president’s legal team filed a complaint and the Federal Court of Appeals for the District of Columbia Circuit decided to stop the release at least until November 30, when that court will hear arguments in the case.

Analyst Harper Neidig, in an article in The Hill newspaper, said that the tycoon’s lawyers intend to persuade judges and, potentially, the US Supreme Court, of a new concept: that the executive privilege enjoyed by the former president covers the information the committee is trying to have access to, even after the end of his administration.

In that way, they are trying to prevent Joe Biden from providing White House records to Congress and to convince judges that the panel’s aim is to harass and politically damage their client, who plans to run for president in 2024.

However, Neidig claimed that such protection is not an absolute right to withhold internal data, but a qualified one that can be overridden by a sufficiently urgent need.

The Supreme Court ruled in 1977 that “claims of presidential privilege must clearly give up to the important congressional purposes of preserving the materials and maintaining access to them for legal governmental and historical ends.”

Erica Newland, an attorney with the nonprofit Protect Democracy organization, argued that it is hard to imagine a more critical job for Capitol Hill than figuring out where the vulnerabilities in the peaceful transfer of power lie.

According to the lawyer, it is hard for her to see how Trump can win the case, even if it gets to the conservative Supreme Court.

It is evident that the former head of state is looking to stall the process and block the investigation until the midterm election in 2022, when Republicans could win a majority in Congress.

Whether he can or cannot, this seems to be Trump’s strategy aimed at confirming the impunity with which he acted during his administration (2017-2021).

US faces era of political violence as threats against lawmakers rise

Iran accuses the US and Israel of being behind the riots

US faces era of political violence as threats against lawmakers rise

Iran accuses the US and Israel of being behind the riots