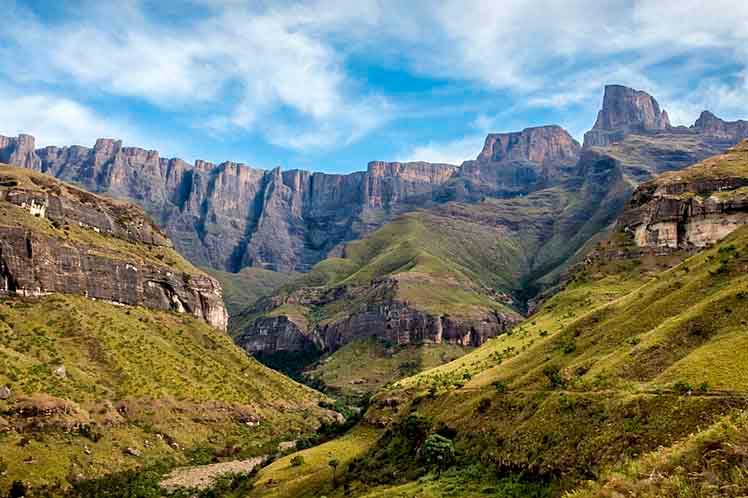 That chain of mountains, canyons and valleys will host the first trail hike for naked women with the purpose of “spreading body positivity, self-love and female confidence.”

The tour will come following a similar one held for men last June in the eastern town of Qwa Qwa, something that went viral on social media.

In statements to the press, the South African event’s founder, Fanafikile Lephakha, explained that the activity was organized due to a “great demand” from women from all over the country after the success of the previous one.

According to the vital personal development trainer, taking off clothes would represent “letting go” of pain, while nudity is a symbol of “exposing wounds” that need to heal, as well as generating “self-acceptance and a new sisterhood.”

Now, Lephakha explained, men will not be allowed on the walk to avoid complications.

At the moment, some 50 South African women who have already shown great interest in the initiative are expected to participate, and, to prevent intrusive eyes and cameras, it will be held at an unrevealed location that only organizers know.

The female body is sexualized, women often feel insecure and restricted by norms and behaviors imposed by society that have lasted too long, the activity’s planned guide, NoziphoHoohlo, explained.

Along the journey we will work on traumas they may have suffered. We will begin the process of finding healing. It’s going to be a unique experience, very liberating, she said.