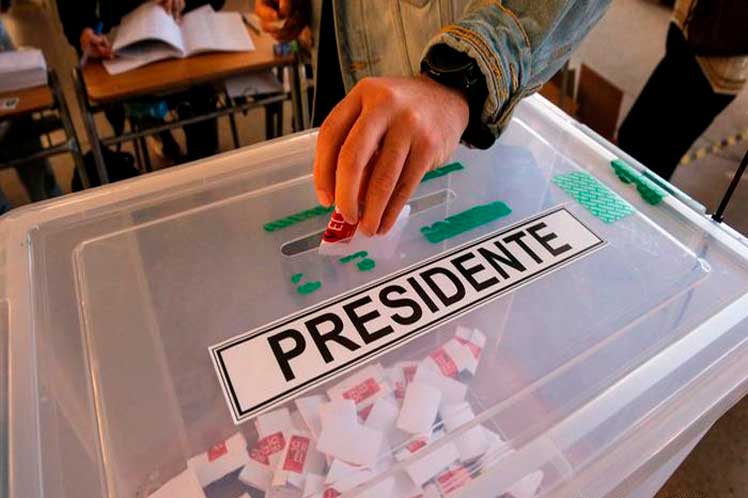 Santiago de Chile, Nov 22 (Prensa Latina) José Antonio Kast, of the far-right Republican Party, and Gabriel Boric, of the left-wing alliance Apruebo Dignidad, will go to the Chilean electoral runoff as neither of them won enough votes to win in the Sunday presidential elections.
Share on facebook
Share on twitter
Share on whatsapp
Share on telegram
Share on email

With more than half of the votes counted by midnight, the Electoral Service informed that Kast has 28,52 percent, less than four pointes with respect to Boric, who had 24,71.

This means that next December 19, two opposing tendencies on the future of Chile will bang head again, one that promotes extreme neoliberalism and the other focused on a capitalist development with social justice.

Far behind them in third place is Franco Parisi, of the People’s Party, with 13.60 percent, which is a surprise if one takes into account that his campaign was conducted entirely in the United States.

Relegated to fourth position is the standard bearer of the New Social Pact coalition, Yasna Provoste, and in fifth place is the candidate of the ruling alliance Chile Podemos Más, Sebastián Sichel.

At the bottom of the list is Marco Enríquez-Ominami, of the Progressive Party, and Eduardo Artés, of the Patriotic Union, with 7.57 and 1.42, respectively.

The composition of the lower house, whose complete renewal was in dispute this Sunday, and of the Senate, which put 27 of its 50 seats at stake, are still to be known.