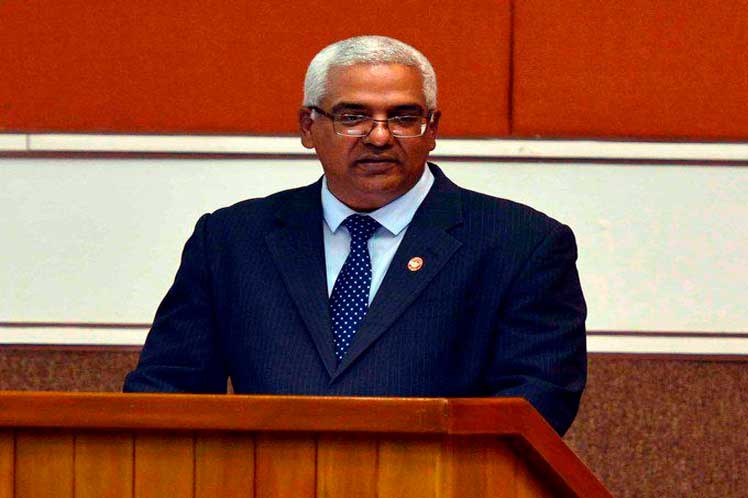 This is how he expressed it during his virtual intervention at the high-level meeting of the General Assembly on the evaluation of the United Nations Global Plan of Action to combat Human Trafficking.

Cuba, as a State Party to the United Nations Convention on Transnational Organized Crime and its Protocol on Trafficking in Persons, is firmly committed to preventing and confronting this crime, he stressed.

Likewise, he rejected the unjustified and discriminatory inclusion of the island, for totally political reasons, in the Report on Trafficking in Persons issued unilaterally by the Washington State Department.

According to him, it is unacceptable that without any basis, the United States accuses Cuba of promoting human trafficking or the practice of slavery.

Such action, he said, is aimed at denigrating the meritorious work of hundreds of thousands of Cuban health professionals and technicians, who for decades and with a deep solidarity and humanist vocation have voluntarily provided assistance in dozens of countries, including more recently in the fight against the Covid-19 pandemic.

The politicization of the issue does not contribute to greater and better international cooperation in this matter, Silvera stressed.

In Cuba, he stated, human trafficking has little expression and a zero tolerance policy has been implemented throughout the Antillean territory, based on the pillars of prevention, confrontation and protection of the victims.

Since 2013 and due to the firm commitment to the fight against this scourge, a national report on the situation of human trafficking in the country has been published in Cuba.

In 2017, the island received the special rapporteur of the Human Rights Council on Trafficking in Persons, especially Women and Children, who was able to confirm the high priority that the Cuban State and Government give to confronting this crime.