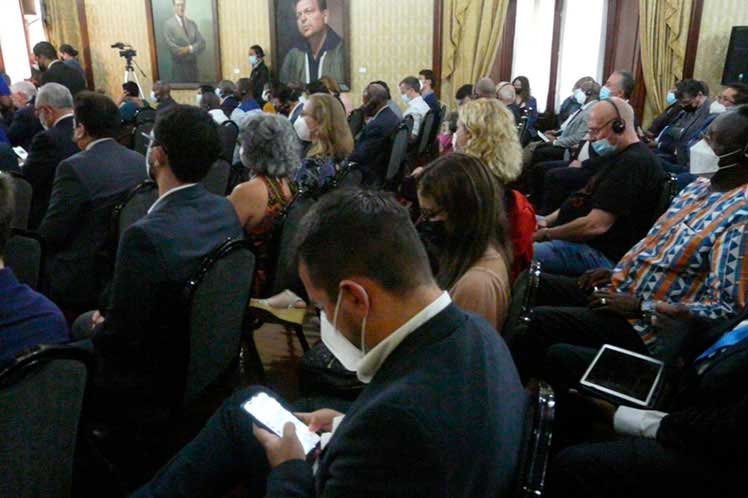 From the Press Room of the National Electoral Council in Caracas, they highlighted the quality of the polls, the convergence of all political forces and the discipline by the population.

Orlando Espat, from the Belize delegation, told Prensa Latina he was very impressed by what happened yesterday and the way the elections were conducted.

“Contrary to negative information from the international press, the vote in Venezuela was clean and democratic”, he emphasized.

Espat assured the delegation of his country came above all to learn from Venezuelans, who gave the world an unprecedented lesson in civility and stressed that the real image of this country has little to do with the one sold by large international information companies.

From Ecuador, Ricardo Patiño, said, “we have been able to observe in all electoral centers, without any exception, at least where we were present, that there were at least three electoral witnesses, belonging to three different political parties which also speaks very well of the elections”.

For her part, international observer Gabriela Rivadeneira, said she witnessed a lot of peace in these elections, as a result of agreements from national dialogue tables. “The expansion of respect, democracy, legitimacy and the power of the people to give their vote and be able to choose; this is also strengthening for that project we have as a country”, Rivadeneira said.

Christian Rodríguez from France, called it a holiday, when a fraction of the Venezuelan opposition participated.

From Spain, Juan Carlos Monedero, said that, unlike other countries, in the Bolivarian nation he observed an important encounter between witnesses of the polling stations from different parties.