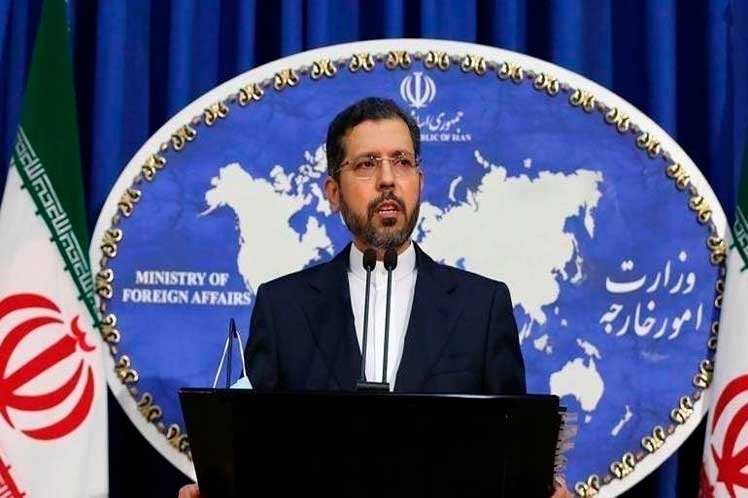 Foreign Ministry spokesman Saeed Khatibzadeh stressed that the Islamic republic has always maintained its ties with the UN body in the appropriate terms and procedures.

Khatibzadeh referred to an announced visit to Iran by IAEA Director General Rafael Grossi, stressing that such a presence would be as constructive as previous ones.

“We always advise the world atomic agency to set aside the political intentions of some countries,” he said.

“Of course, there are differences between Iran and the IAEA, but the search for solutions have never gone beyond the framework of science,” he pointed out.

Khatibzadeh said the Islamic republic will reiterate the elimination of coercive measures during a dialogue aimed at reviving the Joint Comprehensive Plan of Action (JCPOA) or nuclear deal scheduled for later this month in Vienna, Austria.

In crisis due to the illegal exit of the United States in 2018, the rest of the signatories (United Kingdom, France, Russia, China and Germany) are discussing with Iran how to find a way out of the American return.

That possibility resurfaced by statements of the current US president, Joe Biden, who during his election campaign promised that Washington would return to the multilateral treaty sealed in 2015.

So far, Biden is following the footsteps of his predecessor, Donald Trump, who ordered the exit from the agreement and imposed a so-called maximum pressure policy, to which Tehran responded with maximum resistance.

Russian FM travels to Iran on a working visit

Russian FM travels to Iran on a working visit