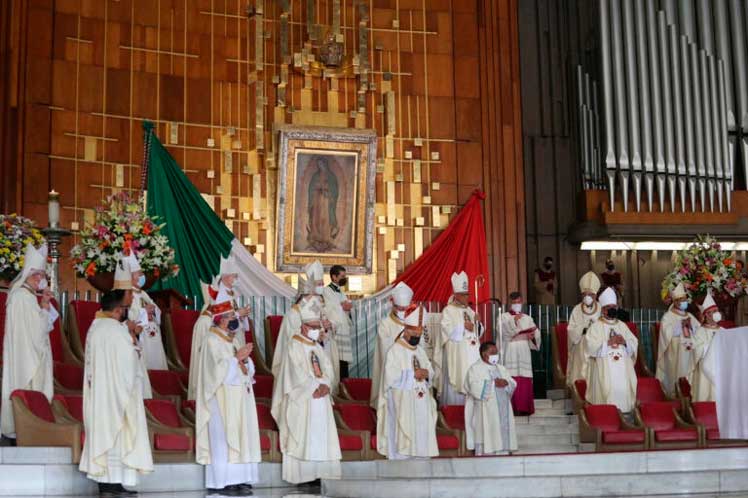 The Latin American meeting, with the presence of delegations from the 22 episcopal conferences of Latin America and the Caribbean, and also some invited cardinals from Europe and Asia, was inaugurated yesterday by Miguel Cabrejos, president of the Latin American Episcopal Council (Celam).

In the meeting he called for courage and the promotion of a solidarity economy and comprehensive education, and warned that, due to the Covid-19 pandemic, deeply complex and difficult times are being experienced, in which the most vulnerable continue to be the most affected.

Cabrejos Vidarte described the Assembly as historic and unprecedented and compared it with the Medellín Conference, which became the creative reception of the Second Vatican Council, in a context of poverty and exclusion.

The present one in Mexico, he said, having as goal reviving the episcopal meeting held in 2007 in Brazil reaffirming the Council renewal, seeks to contribute to a second reception of the Vatican II in the new context we live in.

He insisted it is also important due to the fact that, instead of having held the Sixth General Conference of Bishops, Pope Francis proposed the current Ecclesiastic Assembly, that is made up of representatives of all.

There is, therefore, the passage from an assembly in which only bishops participated, to a fully ecclesiastic assembly, as an expression of the exercise of the sensus fidelium (sense of faith).

For this reason, he explained, it has the widest participation of the only Church, the People of God. In it we are united in diversity of ministries and charisma: bishops, priests and deacons, religious, laity, and with brothers in the ecumenical sense of faith, of other religions.

He stressed that “Pope Francis, so close to our Latin America and the Caribbean, has asked us to accompany him at this appropriate and timely moment, since the meeting is a time of grace, an unprecedented event”.

Present at the mass were Cardinal Carlos Aguiar Retes, First Archbishop of Mexico; members of the Conference of the Mexican Episcopate and the apostolic nuncio Franco Coppola.

Conference on Strategic Studies in Cuba focusses on world crisis

Conference on Strategic Studies in Cuba focusses on world crisis