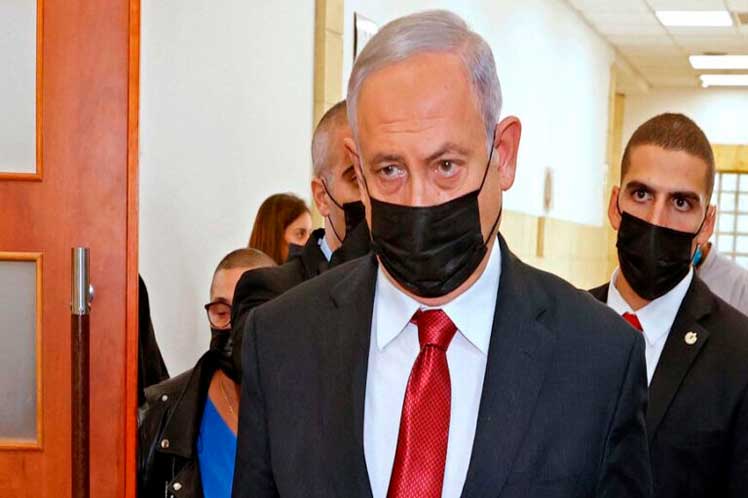 In his appearance before the Jerusalem District Court, Hefetz said that the owner of communication company Bezeq, Shaul Elovitch, in 2014, provided Netanyahu with a list of names of those who should assume the post of Communications Officer.

Elovitch was very concerned about the designation because that position should authorize an eventual merger between Bezeq and satellite company YES, which would bring him millions of dollars in profits, he said.

According to the testimony, the communication tycoon’s list was headed by Netayahu, who ultimately held the position simultaneously with the head of government.

Hefetz’s statements are linked to other cases in which Netanyahu is accused of illicitly benefiting Elovitch’s business interests in exchange for positive coverage on the Walla news portal.

He said on one occasion the millionaire asked him to convey a message to the then Prime Minister about the need to approve the merger before the elections.

Netanyahu read the text and asked his secretary to make an appointment with Elovitch.

Hefez assured his former boss was aware of all his contacts and conversations with the businessman.

During his April court appearance, Ian Yeshua, Walla’s former director, claimed that from 2014 to 2017 Netanyahu unlawfully benefited Elovitch’s interests and, in return, the latter provided the far-right politician and his family positive coverage in the website, and even allowed him to dictate editorial policy on a regular basis.

The now leader of the opposition also has two other cases in process: one for allegedly accepting expensive gifts in exchange for favors and the second for agreeing with editor of newspaper Yedioth Ahronoth a favorable coverage of the Prime Minister if the latter weakened rival newspaper Israel Hayom.

Netanyahu, who stepped down from power last June, was the first head of government in Israel’s history to be prosecuted while in office.

In a case separate from her husband’s, in 2019 Sara Netanyahau reached an agreement with the prosecution and pleaded guilty to a misdemeanor to avoid being tried for fraud.

She was accused of spending a total of 360,000 shekels (about $ 111,000) of the official residence budget from 2010 to 2013 to order meals from outside vendors, despite having full-time cooks paid by the state.