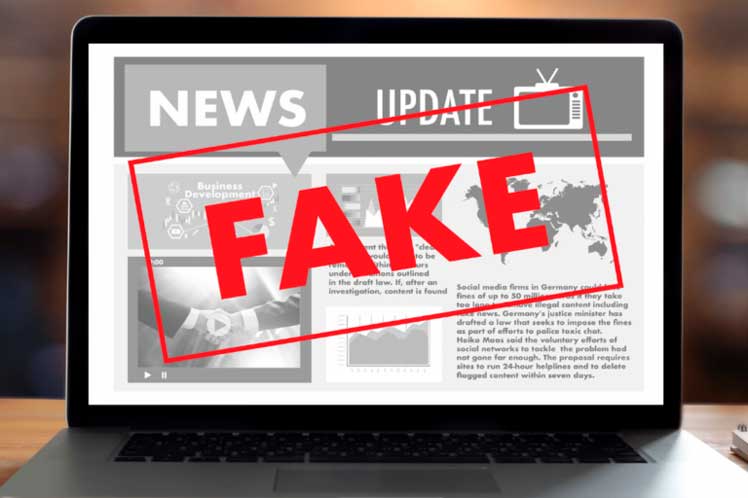 In an extensive report entitled ‘Super Yunior, Cuban dictatorship, freedom of the press and other fallacies’, LaTercerainformación.es, which promotes a platform for counter-hegemonic analysis, pointed out that ‘November 15’, the date scheduled for illegal marches in Cuba, “soon went out of tune”.

“Once again, as strongly as it blew its noise, it fell to emptiness and silence. If that disorder that directs us has managed to have an impact on something, it is at the level of ideas”, it emphasized.

“This space confirms that capitalism is much more than an economic system. That disorder that dictates consciences and doctrines cannot accept disobedience”.

The source indicated that in 1959, Cuba had the audacity to get out of the pot; and he did it bluntly, on the fast track, that of an armed revolution, thus initiating, paradoxically, the transition to what Frei Betto called “the political form of love”.

The text also described the campaigns faced by the Cuban Revolution, from the buying of wills, in addition to the investment of the Central Intelligence Agency (CIA) in bribes, pensions, scholarships and subsidies to conventions, academic projects, editorials and “independent” magazines, intended to neutralize, confuse or induce bankruptcies in Eastern Europe, Western Europe and the United States.

Returning to present times, La Tercerainformación made the following reflection:

“What we saw on the 15th in international media in relation to Cuba is the result of years of cultural warfare orchestrated against love and politics. Victories in this type of warfare have several advantages. The most obvious is that it does not leave traces of blood or broken bricks”.

“On the 15th, radio or television broadcasts had Cuba in the spotlight. To give just one example, Radio ‘Nacional de España’ begins the morning show by talking about the absence of freedom of the press in a debate where all ‘point-of-viewists’ think the same, each reproducing with more ingenuity the monolithic version of the Global North”.

The media stressed that “it does not matter that, in Cuba, a country historically dependent, underdeveloped and under a blockade for six decades, human development indicators are among the first in the world. Data on life expectancy, illiteracy, schooling or access to health reach or surpass the so-called first world”.

Apparently, it does not matter “that amid a criminal blockade Cuba has produced five vaccines against Covid-19, as well as medicines for its treatment and has taken care of its people with prevention measures, including restricting its largest source of income: tourism”.

Representatives of reason in the West will never cast their eyes on this. The important thing is that Cuba withdrew the credentials to EFE agency, which was founded during the Spanish War by Falange member and several times minister to (Francisco) Franco, Serrano Suñer, who said the name comes from the initial letter of ‘Falange’ and ‘Fe’, its propaganda organ, the article indicated.

Curiously, the Spanish digital media said, “it has a collaboration agreement with the city of Miami, which binds it to carry out ‘sketches and reports that reflect the realization of the ‘American dream’ in that city”.

Knowing that Miami is the enclave of the anti-Cuban mafia, it is not necessary to clarify what pattern the agency’s news on Cuba fit into, it said.

Regarding Yunior García, the playwright turned into leader of a group supposedly confronted with the Cuban Government, LaTercerainformación commented on the ‘character’s announced desire to march alone on the streets of Havana after the refusal from the Old Havana Municipal Administration Council to his request on the March.

“He would not do it because, as he denounced, they blocked his way out from his house. The next day, other activists from ‘Archipiélago’ published on networks that their leader was missing, and demanded from the government a proof of life. What we did not know until Wednesday is that, while his companions denounced his disappearance, Yunior was flying out of Cuba”, it said.

“Where to? To the Kingdom of Spain! with a tourist visa. The playwright said in an interview he was broken by the pressure he got. However, according to newspaper El País, diplomatic sources indicated that for days they had been making discreet arrangements for García’s trip”, the text adds.

“After listening to his statements in Madrid, in tune with his script, it would have seemed credible, if not for the proven allegations of his ties with organizations financed by the United States, such as USAID, NED or the Carnegie Fund for International Peace, all of them linked to the CIA”, it concluded.