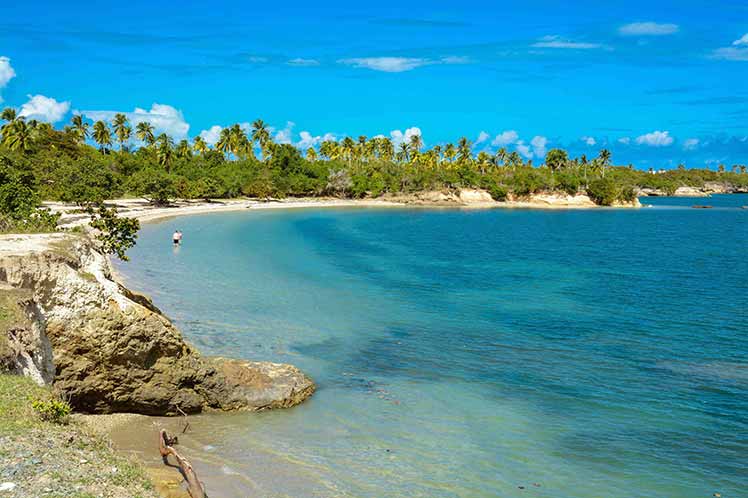 Holguin, Cuba Nov 22 (Prensa Latina) Columbus' point of arrival has not been free of controversy; however, several studies of national and foreign institutions, as well as renowned researchers in the country –among them Beautiful land plades in the eastern province of Holguin, due to its impressive and historical and cultural values.
Share on facebook
Share on twitter
Share on whatsapp
Share on telegram
Share on email

More than five centuries after the arrival of Christopher Columbus to the coast of Cuba, Cayo Bariay -the site where he disembarked on October 28, 1492- is today one of the must-see the prestigious scientist, geographer, archeologist and speleologist Antonio Núñez Jiménez-, agree that it is precisely this area described in the diary of the navigator and named as San Salvador.

The Spanish navigator was categorical and described it as “the most beautiful land that human eyes have ever seen”. The sailor was not wrong, because the vegetation, the views of the Jururú and Bariay bays and the more than 140 species of fauna present there make up a true spectacle.

In the site -located in the municipality of Rafael Freyre, some 37 kilometers from the city of Holguín- the green color of the coconut trees and royal palms contrasts with the blue of the Atlantic Ocean.

The Bariay National Monument Park -a protected natural area- constitutes an interesting product of the leisure industry, with modalities of sun and beach, excursion and history, which makes it one of the favorite destinations in the eastern part of the archipelago.

Travel agencies promote tourist packages that include activities such as horseback riding, a visit to the Casa Museo del Guardabosque (House Museum of Forest Rangers), performances in the Indigenous Village, swimming in the deep blue waters and lunch at the Colombo restaurant, from whose viewpoint you can see about 400 linear meters of beach in the form of small cliff shells.

Of the spaces included in the Park, a sculptural ensemble built in 1992 and dedicated to the encounter between two cultures that occurred in the distant fifteenth century stands out. With neoclassical arches resembling ruins, Europe was represented and with replicas of objects discovered during archaeological excavations, the indigenous community.

For several years, the Ibero-American Culture Festival has closed its sessions at the site, with several activities dedicated to the historical significance of that contact between the Spaniards who “discovered” the so-called New World and the natives of the island settled in the area.

The natural beauty of Cayo Bariay has turned it more than once into a stage for photo shots and the filming of video clips and cultural programs.

Before the Covid-19 pandemic, the place was much visited by locals and foreign vacationers, a reality that will surely be back after the opening of the Cuban borders.